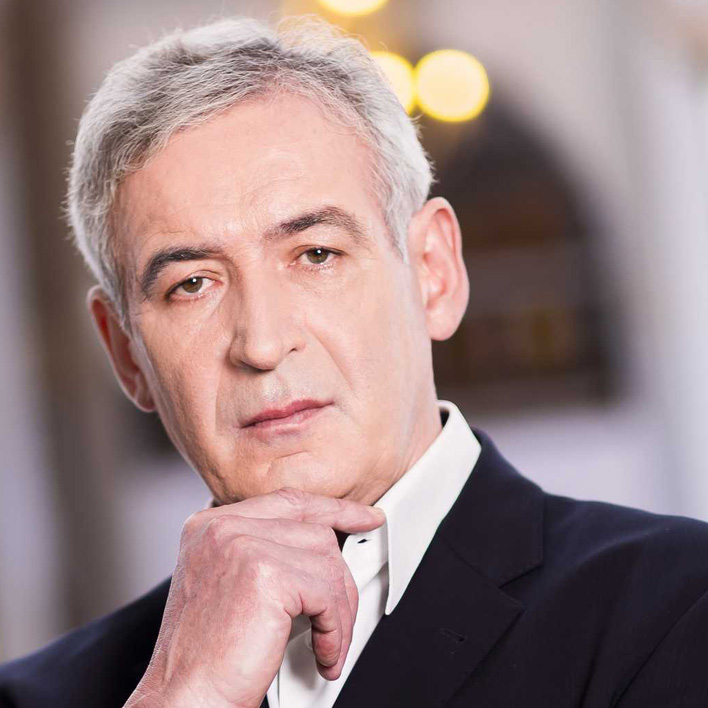 Graduate of the Department of Electronics at the Warsaw University of Technology, Waldemar Dąbrowski was awarded scholarships by The British Council, Goethe Institute and the U.S. Department of State. He also completed the Executive Program for Leadership Development at Harvard University.

Still as a student, he co-founded and then led the Riviera-Remont Club (1973–1978), which gained popularity due to its unique cultural projects. Its guests included Michelangelo Antonioni, Julio Cortázar, Nikita Mikhalkov, Andrzej Wajda, Krzysztof Zanussi, Krzysztof Kieślowski and other outstanding artists.

These achievement resulted in Mr Dabrowski being offered the position of Deputy Director of the Cultural Office at the Warsaw City Council, which he held from 1979 to 1981.

In 1982, together with Jerzy Grzegorzewski, he became manager of the Studio Art Centre in Warsaw, a leading cultural institution of the time, for which he established an autonomic management office, promoting leading artists of Polish theatre, music and art.

Together with Franciszek Wybrańczyk, he founded the reputed orchestra Sinfonia Varsovia, whose music directors amongst others were Jerzy Maksymiuk and Yehudi Menuhin. He produced over 70 plays at the Studio Theatre, including the famous staging of Tamara, which was the first theatre performance in Warsaw financed with private funding. During that period, the Studio Theatre went on numerous tours all over the world, participating in the most important theatre festivals.

In 1990 he became Deputy Minister of Culture and Art and the President of the Board of the Polish Cinematography Committee. He held this position for four years, carrying out a thorough reform of Polish cinematography.

He was also the initiator of the Festival of Stars in Międzyzdroje, an annual summer event, which became an arena for the presentation of the most eminent achievements in various artistic fields.

Out of his initiative, golf was reactivated in Poland as a sport. From 1992 till 1996 he was President and now is Honorary President of the Polish Golf Association.

From 1994 to 1998 he was President of the Polish Agency for Foreign Investment (PAIZ), which under his direction named the best among its European counterparts. In 1998 he became General Manager of the Teatr Wielki – Polish National Opera.

From 2002 to 2005, he was Minister of Culture of the Republic of Poland. His greatest achievements include the passing of the cinematographic bill resulting in the establishment of the Polish Film Institute.

As Minister of Culture he founded the Book Institute in Kraków, whose mission is to popularise exceptional literature and writers in Poland and abroad, as well as to organise study visits for translators. He also established the Theatre Institute and the Audiovisual Institute in Warsaw. He also initiated the inclusion of cultural priorities in the operational programmes of the National Development Plan for 2007–2013, which made it possible to launch over 200 new cultural investments in Poland.

In October 2008 Mr Dąbrowski was reappointed General Manager of the Polish National Opera.

In January 2008 he was nominated Chairman of the Chopin 2010 Celebrations Committee by the Minister of Culture and National Heritage, Bogdan Zdrojewski.

In November 2010 in Munich he was elected a member of the board of the Opera Europa, an organisation for professional opera companies in Europe.

In April 2012 the minister of culture appointed Mr Dąbrowski his representative for the Museum of the History of Polish Jews being set up in Warsaw.