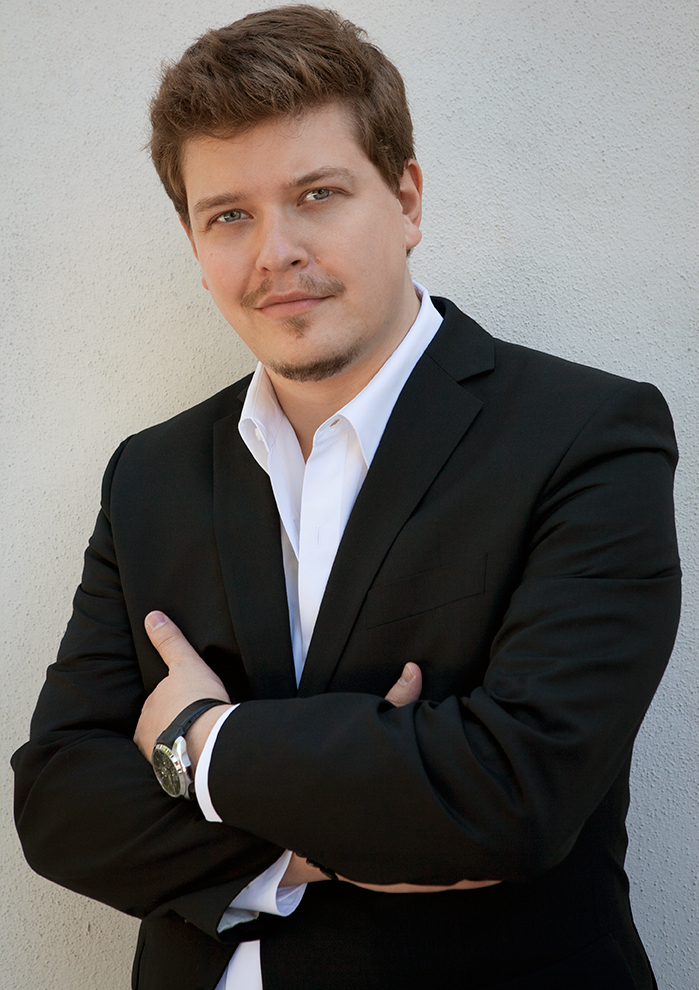 Adam Frandsen began his singing as a young boy in the Copenhagen Royal Chapel Choir and started his opera studies in 2005 with guest professor at the Copenhagen Royal Opera, Douglas Yates. He then moved to Houston, Texas, where he studied under Professor Timothy Jones, conductors Peter Jacoby and Lucy Arner, and director Buck Ross at the Moores School of Music. Adam Frandsen later enrolled for a brief period at the Yale University School of Music where he worked with bass Richard Cross. Adam Frandsen is a graduate of the Curtis Institute of Music under the direction of Mikael Eliasen and was a student of Marlena Malas.

Engagements in 2017 include Ishmael in Moby Dick at the Teatr Wielki – Polish National Opera, Rodolfo in La bohème at Opera Hedeland, Alfredo in La Traviata at Kilden Kristiansand, Tamino in The Magic Flute in Gothenburg, and a New Year’s Concert with the Norrköping Symphony Orchestra.

Engagements in 2015 and 2016 included Ferrando in Così fan tutte and Elvino in La Sonnambula at Opera Hedeland, Narraboth in Salome at the Copenhagen Royal Opera with Stefan Herheim and Michel Boder, and the lead role as Arcihtect Jørn Utzon in Opera Australia’s newly commissioned and highly profiled opera Sydney Opera House, The Opera celebrating the constuction of the house and famous emblem of the city.

Recent engagements include the Duke in Rigoletto with the Haifa Symphony Orchestra, Tamino in The Magic Flute and Farinelli in the Tivoli Concert Hall with the Tivoli Symphony Orchestra, Copenhagen. In the spring of 2013, Adam Frandsen was seen with the Württembergische Philharmonie in a concert of opera highlights. Mr Frandsen also sang Pinkerton in Madama Butterfly at the Seiji Ozawa Opera Project/Saito Kinen Festival and Rodolfo in La bohème under Lorin Maazel at the Castleton Festival. Repertoire also includes Don Jose in Carmen; Rinuccio in Gianni Schicchi; Ruggero in La Rondine; Arcadio in Florencia en el Amazonas; The Prologue in The Turn of the Screw; and the title roles in Idomeneo and Faust.

In the 2013/14 season, Mr Frandsen made an important role debut at the Semperoper Dresden as Sergei in Shostakovich’s Moscow, Cheryomushki. He also sang performances of Cavaradossi in Tosca at the Aalborg Opera Festival and Roméo in Roméo et Juliette at the Copenhagen Opera Festival.

As a concert soloist, he has sung Beethoven’s 9th Symphony under Lorin Maazel, Handel’s Messiah, Saint-Saëns’s Christmas Oratorio, Dubois’s Seven Last Words of Christ, and Schubert’s Die schöne Müllerin. In the summer of 2011 Mr. Frandsen sang a programme of Scandinavian songs by Sibelius, Grieg and Carl Nielsen in the Tivoli Concert Hall, Copenhagen.

Mr. Frandsen has taken part in the Aspen Music Festival, The International Vocal Arts Institute Israel, Virginia, and Puerto Rico. He has worked with and received master classes from Joan Dornemann, Sherrill Milnes, Mignon Dunn, Håkan Hagegård, Vinson Cole, Seiji Ozawa, Lorin Maazel, Pierre Vallet and Patrick Summers. He was a regional finalist in the 2008 Metropolitan Opera National Council Auditions and has been awarded grants and scholarships from Moores, Yale, Curtis, and several American as well as Danish organisations.