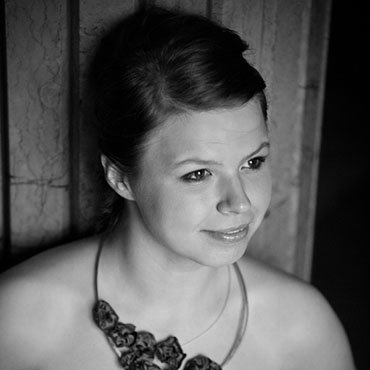 Agata Schmidt was educated at the Academy of Music in Bydgoszcz, Poland (2010). She won the 2nd prize of the Grand Prix de l’Opera competition in Bucharest (2015) and an award for the best performance of a Polish song at the Stanisław Moniuszko Vocal Competition in Warsaw (2016). From 2011 to 2016 she worked in Paris. As a member of L’Atelier Lyrique she made her debut as Orpheus in Pina Bausch’s legendary production of Orpheus and Eurydice on the stage of Opéra Garnier, for whcih she received Prix l’AROP and Prix Cercle Carpeaux for the best young singer (2014). In France she sang in Ariadne auf Naxos (Dryad), Rusalka (Third Nymph) at Opéra Bastille; Orpheus and Eurydice (Orpheus) at Palais Garnier and in Bordeaux, and in Britten’s The Rape of Lucretia and Haydn’s La vera costanza.

As a member of Opera Academy of the Teatr Wielki – Polish National Opera in Warsaw (2011–2013), she participated in masterclasses led by Eytan Pessen, Anita Garanča, Izabela Kłosińska, Thomas Quasthoff and June Anderson (ENOA).

Her future artistic plans include the performance of Dvořák Stabat Mater in Montpellier, The Love Songs of Hafiz by Szymanowski in Cairo and Orpheus and Eurydice at Palais Garnier.