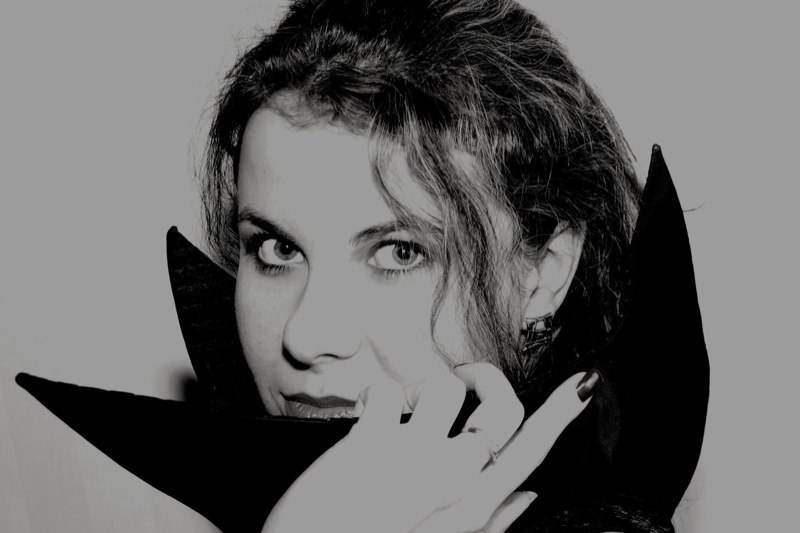 Agata Zubel was born in Wrocław. She graduated with distinction (the medal ‘Primus Inter Pares’) from the Karol Lipiński Academy of Music in Wrocław, having studied composition with Jan Wichrowski and singing with Danuta Paziuk-Zipser. She then honed her skills in the Netherlands and during numerous courses. In 2004 she obtained a PhD and in 2014 – a habilitation degree in musical arts. She is currently a lecturer at the Academy of Music in Wrocław. She has received scholarships from the Ministry of Culture and National Heritage of Poland, the Rockefeller Foundation, Ernst von Siemens Musikstiftung, the executive authorities of the City of Wrocław, and the International Foundation for Education. She has been decorated with the Medal of Merit to Polish Culture by the minister of culture. She is a member of the Polish Composers’ Union.

As a vocalist she has participated in many prestigious musical events. New music takes pride of place in her repertoire. In 2001, together with the composer and pianist Cezary Duchnowski, she established the ElettroVoce Duo. She has premiered and recorded numerous works by contemporary composers. In the past few years she has performed by Chantefleurs et Chantefables W. Lutosławski (Musica Polonica Nova), DW9 by Bernhard Lang (Warsaw Autumn), Luci mie traditrici by Salvatore Sciarrino (Nostalgia Festival), Gwiazdy (Stars) by Zygmunt Krauze (an electroacoustic adaptation by Duchnowski at the Polski Theater in Wrocław), the title role in Phaedra, an opera by Dobromiła Jaskot and Madeline in The Fall of the House of Usher by Philip Glass (Teatr Wielki – Polish National Opera). She received an Orfeusz (Orpheus), Polish music critics award, for the title role in Duchnowski’s opera Ogród Marty (Martha’s Garden). She also participated in an experimental improvisation project during the international composition courses in Darmstadt.

She has given many concerts abroad – in most European countries, in Korea, Canada and the United States. She has worked together with famous contemporary music ensembles – Klangforum Wien, musikFabrik, London Sinfonietta, Eighth Blackbird Ensemble, Seattle Chamber Players. Her discography consists of more than a dozen albums. Among her monographic CDs are Not I released by KAIROS and Cascando (CD Accord), which won a Fryderyk in 2010. The most impressive examples of her vocal interpretations can be found on the album Poems, containing songs by Copland, Berg and Szymański, as well as the Fryderyk-nominated El Derwid. Blots on the Sun (2014).

She has won several vocal and composition competitions (also international). At the beginning of 2005, she received the prestigious Paszport Polityki (Polityka’s Passport) award of the Polityka weekly for classical music. In the same year her 2nd Symphony – commissioned by Deutsche Welle – was premiered during the Beethoven Festival in Bonn. Subsequent commissions have included String Quartet No.1 (Ultraschall Festival in Berlin, 2007), of Songs (Wratislavia Cantans Festival, 2007), Cascando (Central European Music Festival in Seattle, 2007), Shades of Ice (London Sinfonietta, 2011), Labyrinth (Polish Institute in Tel Aviv, 2012), What is the Word (Klangforum Wien, 2012), IN (Hannoversche Gesellschaft für Neue Musik for Staatsoper Hannover), Madrigals (Westdeutschen Rundfunks for Neue Vocalsolisten). In 2010 her opera-ballet Between was premiered in the Teatr Wielki – Polish National Opera in Warsaw and in 2011 she was commissioned to write another opera for this theatre – Oresteia.

In 2011 she was invited as a composer-in-residence to the Other Minds Festival in San Francisco. For two seasons (2010–2012) she was also a composer-in-residence at the Kraków Philharmonic. One of the highlights of the 2012 Sacrum Profanum Festival was a concert of the Klangforum Wien ensemble, dedicated entirely to her music. In 2013 her composition Not I, recorded with Klangforum Wien, was named as the best work in the general category during the 60th UNESCO International Rostrum of Composers in Prague and in 2014 the same work received the Polonica Nova Prize.