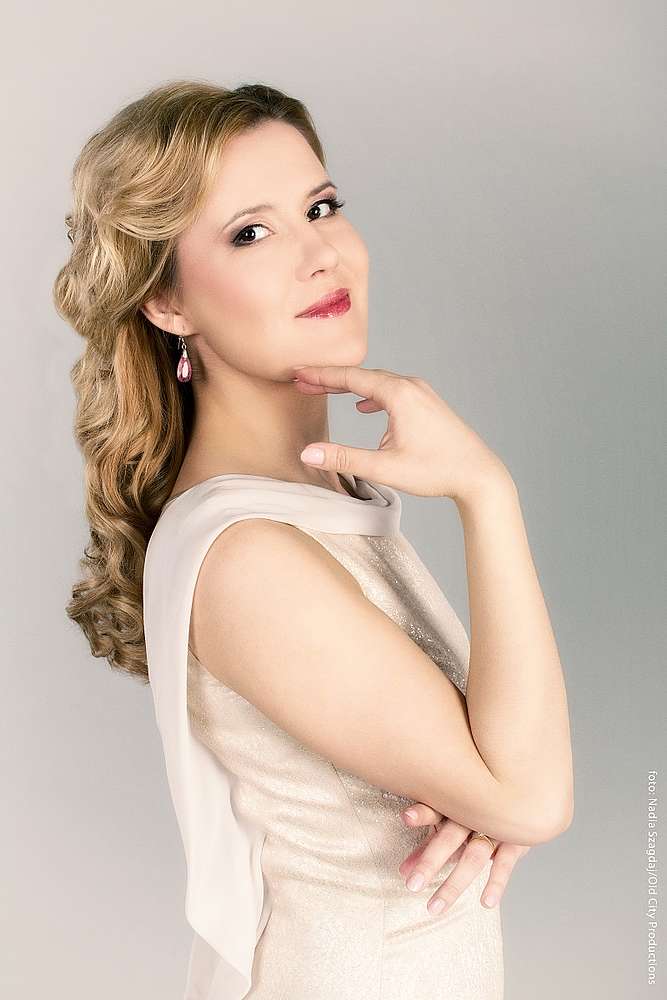 In the 2018/2019 season Polish soprano Aleksandra Kubas-Kruk has performed one of her favorite roles – Gilda in Verdi’s Rigoletto at the opera houses in Novara, Sassari, Warsaw, Poznań, and Wiesbaden. She also made a debut at the Tokyo Opera City Concert Hall, as well as at the Tonhalle in Zurich, where she starred as Mademoiselle Silberklang in Mozart’s Der Schauspieldirektor. She has also performed the male role of Primislao in Vinci’s Gismondo, Re di Polonia at the Theater an der Wien, during the All’Improviso festival in Gliwice, and at the Tchaikovsky Hall in Moscow. She has also sang Morgana in Alcina during the Handel Festival in Karlsruhe.

She made her professional operatic debut at the Wrocław Opera as Gilda in Verdi’s Rigoletto. She made her international début as Cunegonde in Bernstein’s Candide in Lucca, Ravenna, Livorno, and Pisa. After her debut at the Bolshoi Theatre as Queen of Shemakha in Rimsky-Korsakov’s The Golden Cockerel, she returned to Moscow to sing Queen of the Night in Mozart’s The Magic Flute. In Moscow she was also Feu, Princesse, and Le Rossignol in L’enfant et les sortileges. At the Theater Bonn she debuted in the title role of Lakmé by Delibes.

In 2015 she made her debut at the Polish National Opera in Warsaw as Gilda in Rigoletto. At the Badisches Staatstheater Karlsruhe she performed during the International Handel Festival as Sigismondo in Arminio (2017) and as Morgana in Alcina (2018). In the 2016/2017 season she performed as Konstanze in Mozart’s Die Entführung aus dem Serail at the Opera de Toulon, Gilda and Amina (Bellii’s La Sonnambula) at the Teatro Verdi in Trieste.

In the 2017/2018 season she appeared as Gilda at the Polish National Opera in Warsaw, Violetta Valery in Verdi’s La traviata at the Teatro di San Carlo in Naples and in the title role of Lucia d Lammermoor at the Teatro Verdi in Trieste. She also made her debut at the Concertgebouw in Amsterdam in the title role in Rimsky-Korskov’s The Golden Cockerel.

She has collaborated with conductors such as: Jordi Bernacer, Jesús López Cobos, Vassily Sinaisky, Peter Eötvös, John Axelrod, Stefan Blunier, George Petrou, Christopher Moulds, Jacek Kaspszyk, Łukasz Borowicz, Andriy Yurkevych. She also performs with symphony orchestras and in concert, including the Warsaw Philharmonic, Poznań Philharmonic, National Forum of Music in Wrocław, Concertgebouw in Amsterdam, Tonhalle in Zurich, and the Tchaikovsky Hall in Moscow. In 2020 she will make her debut at the Zurich  Opera as Fiakermilli in Arabella by R. Strauss.