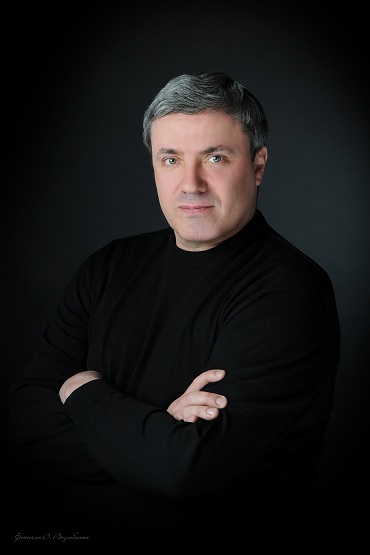 Alexei Fadeyechev was born in Moscow. His father was Nikolai Fadeyechev, the legendary ballet dancer of the Bolshoi Theatre, an outstanding performer of classical ballet and partner of the great ballerinas Galina Ulanova and Maya Plisetskaya.

In 1978 Alexei Fadeyechev graduated from the Moscow Academic Choreography School, where he attended the class of the celebrated ballet pedagogue Alexander Prokofiev. He took his first leading role, Franz in Coppelia when he was still a student. Alexei joined the Bolshoi Theatre Ballet Company, where Nikolai Fadeyechev became his tutor. Under the direction of his father, Alexei learned and performed all the great roles of the classic repertoire: Prince Siegfried (Swan Lake), Albert (Giselle), Prince Desiré (The Sleeping Beauty), Ivan IV (Ivan the Terrible), Spartacus (Spartacus), the Prince (The Nutcracker), Romeo (Romeo and Juliet) and many more. ‘Alexei Fadeyechev never repeats himself in his roles and turns each of them into an individual character. His dance is brilliant and captivating…,’ noted the American critic Clive Barnes.

From 1998 till 2000 Fadeyechev was artistic director of the Bolshoi Ballet. During this period the Bolshoi Theatre received two Golden Mask awards (Russian’s prestigious national theatre award) for best ballet performances: for staging Dreams of Japan (choreography by Alexei Ratmansky) and Agon and Symphony in C (choreography by George Balanchine). Fadeyechev staged his version of the ballet Don Quixote which was recognized on the influential ballet website Balletco as the best ballet performance in London in 1999, and which achieved great success in Moscow and on international tours.

In November 2000, together with Nina Ananiashvili, he formed The Alexei Fadeyechev Dance Theatre, whose productions include the ballet Green and Opus X staged by Stanton Welsh, Second Before the Ground staged by Trey McIntyre, and Leah (choreography by Alexei Ratmansky), which was nominated in three categories for the prize Golden Mask 2002.

From 2004 to 2013 Alexei Fadeyechev worked as the artistic director of Rostov Musical Theatre ballet company. He has been the artistic director of the annual ballet festival Stars of the Russian Ballet organized since 2012 in Lahti, Finland. He also staged Don Quixote, Swan Lake, Giselle, The Nutcracker, La Fille mal gardée, and act three from Raymonda for the State Ballet of Georgia, as well as Don Quixote for the Royal Theatre of Saint Charles of Naples in 2013. Alexei Fadeyechev was awarded the title of The People’s Artist of Russia.