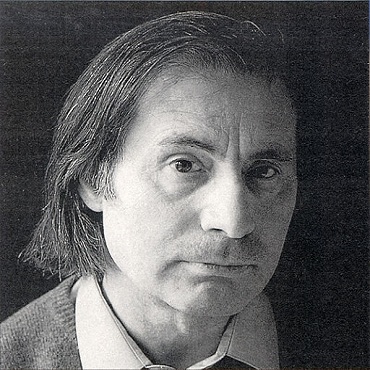 Born in Russia to a German Jew and a Catholic, Alfred Schnittke (1934-1998) did not feel strong affinity with Russian culture. He rather identified himself with Western Eauropean heritage, a sentiment which became even stronger after his family moved to Vienna in 1945 due to the father’s professional engagements. This gave young Schnittke an opportunity to discover the culture of former Austria-Hungary and the rich musical traditions of Vienna.

Having returned to the USSR in 1948, Schnittke enrolled in the Moscow Conservatoire in 1953. He graduated in 1961 and began a career as teacher and film composer. Over the next 30 years he wrote music for 70 films. Laid off in early 1960, he focused solely on composing. His music of the time displays modernist and avant-garde features.

In 1972 Alfred Schnittke completed his Symphony No. 1 which combines socialist realist aesthetics and experiments with the music matter. Thanks to the work Schnittke started to be seen as a leading Russian-speaking composer and became a favourite with dissident artists. His subsequent pieces – Piano Quintet of 1976 and Concerto grosso No. 1 of 1977 – brought him international recognition.

He was also a renowned composer of string music. His string pieces were played by such masters as Gidon Kremer or Mstislav Rostropovich.

Alfred Schnittke had been struggling with a serious disease since 1985. He spent the last years of his life in Hamburg. He died there in 1998.