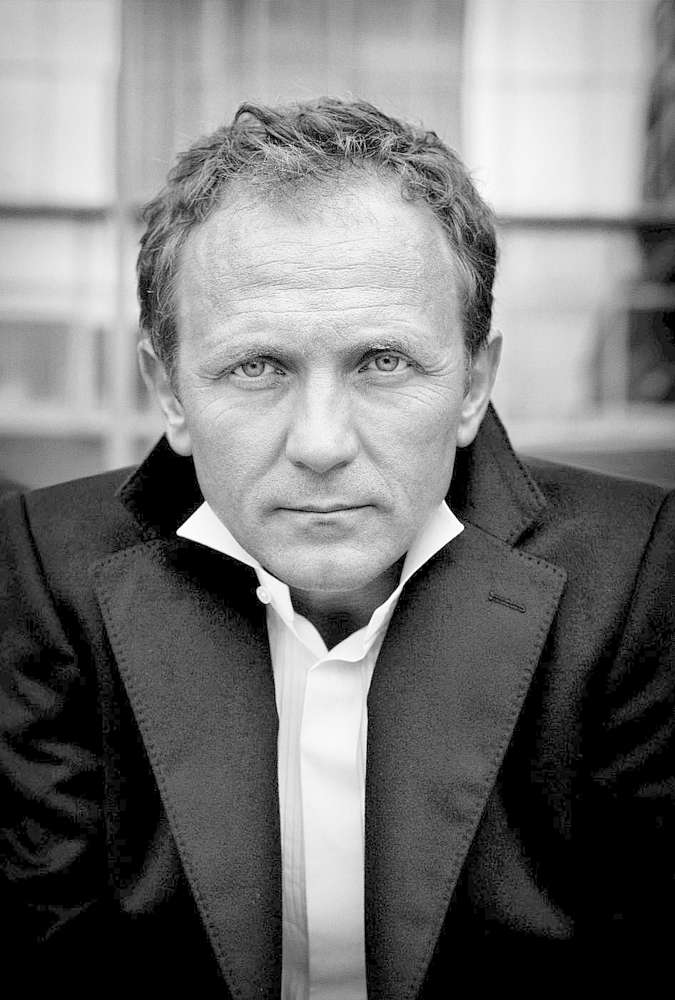 Born in 1964, Andrzej Chyra is Poland’s leading film and theatre actor. He has appeared in over 60 cinema and television productions. A graduate of the Aleksander Zelwerowicz Academy for the Dramatic Arts in Warsaw, he debuted as Benvollo in Radosław Piwowarski’s film Kolejność uczuć (1993). The role of Gerard Nowak in Krzysztof Krauze’s Dług (The Debt) earned him the Best Actor in a Leading Role Award at the Gdynia Film Festival (1999). He repeated the feat in 2005 and in 2013, receiving the award for his appearances in Feliks Falk’s Komornik (Debt Collector) and Małgorzata Szumowska’s W imię… (In the Name of). For his creations in Dług and Komornik he also received an Orzeł (Eagle), the Polish Film Award. Lately, he has starred in Jan P. Matuszyński’s Ostatnia rodzina (The Last Family) and Arkadiusz Jakubik’s Prosta historia o morderstwie (A Simple Story About A Murder). He also played in Frost by Sarunas Bartas, which premiered at the last Cannes Film Festival.

From 2000 to 2007 he was a member of Teatr Rozmaitości, a leading Warsaw theatre company (credits include: Hamlet, The Bacchae, The Tempest, Giovanni). Since 2008 he has been an actor of Warsaw’s Nowy Theatre ((A)pollonia, Tramwaj, Kabaret warszawski), which brought him to the Odéon in Paris.

Andrzej Chyra entered the world of opera in 2013, when he directed Shokstakovich/Meyer’s The Gamblers for the Baltic Opera, Gdańsk. Two years later his production of Paweł Mykietyn’s The Magic Mountain received the Konrad Swinarski Award. In the 2017/18 season he will stage Bizet’s Carmen at the Teatr Wielki – Polish National Opera.