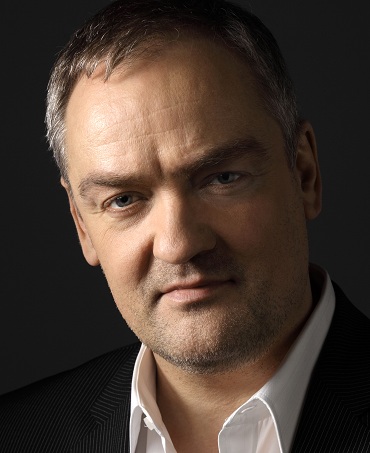 Among the artist’s many successes, it is worth mentioning his debut at Milan’s La Scala (Rigoletto, Il Trovatore) conducted by Riccardo Muti, numerous performances at the Maggio Musicale Fiorentino festival with Zubin Mehta (Il Trovatore, Attila, Tosca). In 2007 he debuted at New York’s Metropolitan Opera and Fisher Hall; 2008 was the year of his debut at London’s Covent Garden (La Traviata). In the same season, he returned to Paris (Luisa Miller at the Bastille), Amsterdam (Un Ballo in Maschera), and Hamburg (Macbeth) as well as performing in King Roger in St. Petersburg and Edinburgh, Rigoletto, La Traviata in Hamburg, La Traviata in New York (at the Met), La Traviata in Los Angeles, Stiffelio at the Met, and Simone Boccanegra in Toulouse. He is the only Polish baritone to sing the main Verdi baritone parts at the world’s biggest and most prestigious venues. In 2013 he recorded the solo album Arias, which in April 2014 won the Fryderyk Award as the best solo album of classical music.

In February 2015 he received the honorific German title Kammersänger for distinguished singers of opera and classical music. Bestowed rarely, the prestigious honor dates back to feudal times, when it was awarded by kings and princes to their favourite performers.