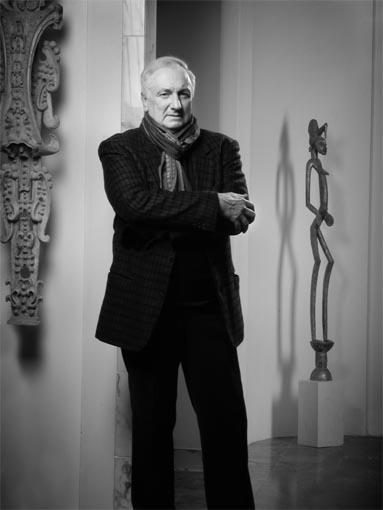 World-famous set designer, painter, and teacher Andrzej Kreutz Majewski was born on 19 September 1936 in Brdów in Wielkopolska (Greater Poland). He studied arts in Kraków (1959) and Rome (1962). He debuted at the Juliusz Słowacki Theatre in Kraków (1959). In 1962 he worked for the first time for the Warsaw opera house, creating designs for a production of The Rite of Spring. Subsequent productions included Debussy’s The Prodigal Son and Honegger’s Judith. In 1966 he was appointed the main set designer of the Teatr Wielki – Polish National Opera in Warsaw, a position he held until 2005. At that time he sprang to international fame and developed collaborations with leading opera houses in the world.

He won the second prize at the Paris Biennale (1961), the State Award of the First Degree (1966), golden medals at the Triennial of Theatre Scenography and Costume Design in Novi Sad (1966) and the Prague Quadrennial (1967), and the Minister of Culture and Arts Award of the First Degree (1975). He was also honoured with the Commander’s Cross of the Order of Polonia Restituta (1998).

He was an award-winning painter, recognised at home and abroad. He retired from his post at the Teatr Wielki on 31 July 2005. He died on 28 February 2011 in Warsaw.