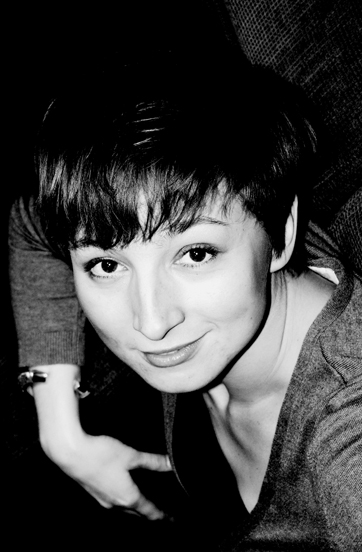 She has taken part in a range of master classes led by Christy Ludwig, Helena Łazarska, Izabella Kłosińska, Ingrid Kremling-Domański and Francisco Araiza, which brought her an invitation to collaborate with the Verein Opera, Switzerland (2010). In the 2012/2013 and 2013/2014 season she took part in Opera Academy of the Teatr Wielki – Polish National Opera.

She made her debut as Orfeo in Gluck’s Orfeo ed Euridice at the Silesian Opera (2008). In Bytom she also sang Jadwiga in Moniuszko’s Haunted Manor, Dorabella in Mozart’s Così fan tutte, and the Innkeeper in Mussorgsky’s Boris Godunov. She also performs as Czipra in J. Strauss’s The Gypsy Baron and Bizet’s eponymous Carmen.

Ms Borucka collaborates with the Teatr Wielki – Polish National Opera. On the Warsaw stage she sang Hanny in Weinberg’s The Passenger and Marta in Tchaikovsky’s Iolanta. She also sang Laura in Ponchielli’s Gioconda (Opera Nova in Bydgoszcz), Ninon in Penderecki’s Devils of Loudun and Zofia in Moniuszko’s Halka (Kraków Opera), Venus in Offenbach’s Orpheus in the Underworld and Mina in Kalman’s Countess Maritza (Gliwice Music Theatre).

She recorded Szymanowski’s operetta Lottery for Husbands, or Fiance No. 69 with NOSPR (2011) and a CD Ptasie plotki i inne wiersze – Witold Lutosławski dzieciom with the Orchestra of the Beethoven Academy under Maja Metelska (2013).