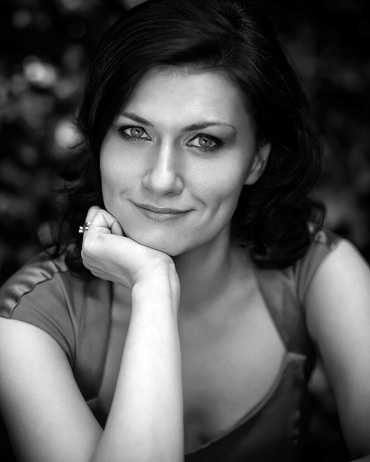 Recent and upcoming engagements include a debut with Teatro Real, Elvira in Ernani Opera Vlaanderen, CD recording of I lombardi and I due foscari for Coviello Classics, Helena in Le duc d’Albe in Opera Vlaanderen, Giselda in I Lombardi at the Heidenheim Festspiele, Violetta in La Traviata for Opera North, Anna in Nabucco for Zurich Opera, Hanna in Moniuszko’s Haunted Manor, Mathilde in the Polish National Opera’s production of Guillaume Tell directed by David Pountney, Helena in Jerusalem for Theatre Freiburg.

Other engagements: Violetta in La Traviata, Magda in La Rondine, Micaela in Carmen, Musette in La Bohème, Fiordiligi in Cosi fan tutte, Monica in The Medium, Magda in The Consul, Minerva in Orpheus in the Underworld, and Leona in La belle Hélène. She has sung the title role in the UK premiere tour of Halka by Polish composer Moniuszko. The artist was delighted to be the recipient of the Gerard Arnhold Award and bursary for the most promising singer at Wexford Festival Opera 2012 for her performance as Pamina in The Magic Flute.