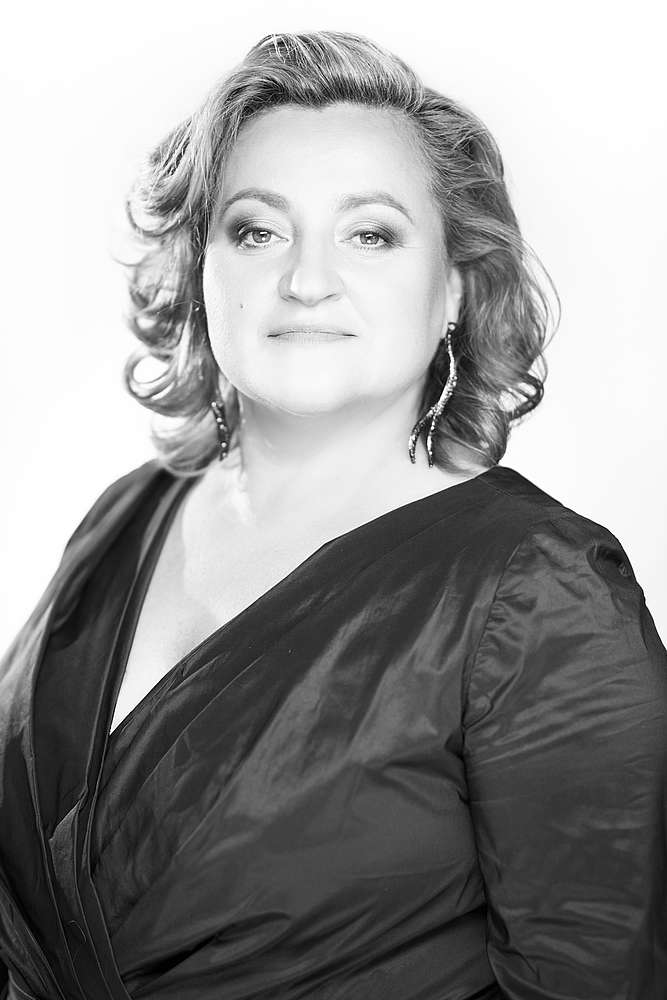 Anna Lubańska was educated at the Fryderyk Chopin Academy of Music in Warsaw. She graduated in 1994 with honors having studied with Krystyna Szostek-Radkowa. Already as a student, she gave numerous performances in Poland and abroad (France, Germany, Monaco, Switzerland). She is a prize-winner of the Ada Sari International Vocal Artistry Competition in Nowy Sącz, Poland, as well as vocal contests in Paris (1994) and Brussels (1996 Queen Elisabeth Competition).

In 1993, she became a collaborator of the Teatr Wielki – Polish National Opera, singing the role of Jadwiga in Moniuszko’s The Haunted Manor, Mercédès in Bizet’s Carmen, Flora in Verdi’s La Traviata, Suzuki in Puccini’s Madame Butterfly, Princess Eboli in Verdi’s Don Carlos, Emilia in Verdi’s Otello, and Madelon in Giordano’s Andrea Chénier. In 2006, she appeared in a concert performance of Berlioz’s Romeo and Juliet under Marc Minkowski.

Ms Lubańska also appears on the stage of the Warsaw Chamber Opera, creating the role of Marcelina in Mozart’s The Wedding of Figaro, the Silesian Opera in Bytom, the Kraków Opera (Polina in The Queen of Spades), and the Poznań Opera House (Princess Eboli in Don Carlos). She has sung at the philharmonic halls of Warsaw, Białystok, Kraków, Katowice, Lublin, Opole, and Szczecin. She also guested at the Wratislavia Cantans Festival.

In the recent years, the singer has appeared on our stage as Olga in Tchaikovsky’s Onegin, Mother Ubu in Penderecki’s Ubu Rex, Amneris in Verdi’s Aida, Margret in Berg’s Wozzeck, Berta in Rossini’s The Barber of Seville, La Voix de la Tombe in Offenbach’s The Tales of Hoffman, Ciotka Pelagia in Marta Ptaszyńska’s Magiczny Doremik, Marta in Gounod’s Faust, and Rosalie in Tansman’s Le Serment.

She has studio recorded a full version of Moniuszko’s The Haunted Manor on EMI and Penderecki’s Ubu Rex, both with the Orchestra of the Teatr Wielki – Polish National Opera under Jacek Kaspszyk. She has also recorded extensively for Polish Radio and Polish Television.