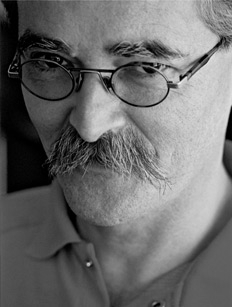 Born in 1958, Bert Dalhuysen studied at the Academy of Photography and Phototechnics in The Hague, graduating in 1978. He then went on to freelance in photography and theatre lighting before becoming managing director of the Arinde Visualdesign photography and design studios in Amsterdam in 1982. In 1986, he joined the lighting department of Amsterdam’s Het Muziektheater, eventually becoming artistic supervisor and residential light designer for the Dutch National Ballet.

He continues to work as a freelance light designer for ballet, opera and theatre. He whas worked with leading choreographers, such as Hans van Manen, Krzysztof Pastor, Jan Fabre, David Dawson, Nicolo Fonte, Wayne Eagling, Ashley Page, Xing Peng Wang, Itzik Gallili, Krisztina de Chatel, Ted Brandsen. With Krzysztof Pastor he work close together on his last production’s, the full evening Kurt Weill for the Dutch National Ballet in 2001, Romeo and Juliet for the Scottish Ballet in 2008, Moving Rooms in 2008, Sheherazade for the Dutch National Ballet in 2009, for which he also created the video and set design’s, and Kurt Weill (2009), In Light and Shadow (2010), And the Rain Will Pass… (2011) and The Nutcracker and the Mouse King (2011) for the Polish National Ballet.