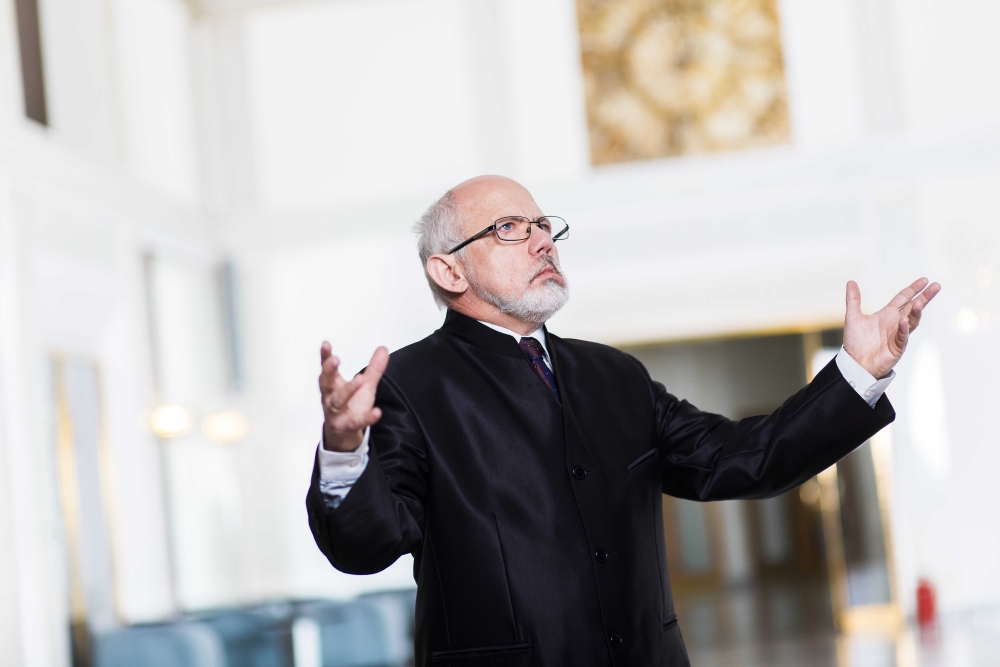 Chorus master, conductor and teacher. As chorus master he made his debut directing the Silesian Opera Chorus in Bytom (1976-82), later directing the choruses of the J. Elsner Philharmonic in Opole, the „Śląsk” Dance and Song Company at the Music Academy in Katowice and the Teatr Wielki in Warsaw. He was a founder member of the All Antico Early Music Ensemble (1976-1986) that specialized in the performance of Renaissance and Baroque music, and in 1973 founded the Sacri Concentus Polyphonic Choir in Warsaw. His interests are wide-ranging and include a variety of genres from Gregorian monodies to monumental works by such composers as Wagner and Penderecki.

He has prepared choruses to over 80 famous operatic works. Between 1985-95 under his direction the Chorus of the Teatr Wielki in Warsaw won lasting recognition and critical acclaim both at home and abroad, and its artistic accomplishments released on record by Polskie Nagrania, Schwann Koch International, Studio Berlin Classic and CPO as well as recorded by Polish Television, ZDF and 3Sat. As chorus master at the Teatr Wielki, Gola has worked with many eminent conductors and directors, and during Robert Satanowski’s tenure worked with August Everding on the Opera’s production of Wagner’s Ring Cycle (1988-89).

Apart from well-known oratorios and choral pieces, Bogdan Gola also works on long-forgotten cantionals and codices. Together with the Sacri Concentus Polyphonic Choir he has performed and recorded many pieces by Polish composers of the Bar oque and Romantic periods (J. Elsner, F. Gotschalk, S. Moniuszko, J. Stefani, J. Wanski and J. M. Zebrowski) as well as oratorios by the recently discovered composer from Lower Silesia, Ignaz Reiman. He also collaborates with the Concerto Avenna Chamber Orchestra and many leading Polish singers.

Bogdan Gola’s teaching career, begun in the schools of his native Silesia, now includes a professorship of the Warsaw Academy of Music, where since 1986 he gives lectures on expertise in the art of chorus direction. In 1998, he once again took up the post of Chorus Master at the Teatr Wielki - Polish National Opera.