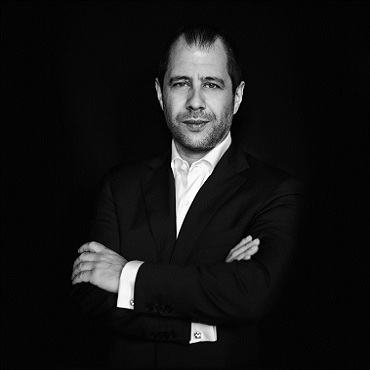 He began his music career in 1991 as a violinist with the Orchestra del Maggio Musicale. At this time he had the opportunity to work with many leading conductors, including Riccardo Muti, Carlo Maria Giulini, Georges Prêtre, Seiji Ozawa, and Lorin Maazel. When Zubin Mehta ‘discovered’ him, he recommended him to the Hochschule für Musik in Vienna, where the young musician studied under the direction of teachers such as Leopold Hager, Erwin Acel, and Yugi Yuasa. After becoming a conductor, in 2000 he led a concert of music by Schubert and Mozart at the Palazzo Vecchio in Florence. A year later he was invited to Spain to conduct the Youth Orchestra of Valencia. His debut at Florence’s Teatro Comunale was with the Orchestra del Maggio Musicale Fiorentino, the orchestra he then conducted in the 2001/02 and 2002/03 seasons in many concerts.

In the following years he conducted opera productions (Lucia di Lammermoor, Nabucco, Aida, Tosca, La Sonnambula, Il Barbiere di Siviglia, Madame Butterfly, La Bohème) and concerts at many prestigious venues across Europe, including Teatro dell’Opera in Rome, Teatro Massimo in Palermo, Fondazione Arena in Verona, Deutsche Oper in Berlin, Teatro Comunale in Florence, Fondazione Arturo Toscanini in Parma, and Teatro Verdi in Trieste. This last collaboration resulted in a Japanese tour. Subsequent seasons included performances at the Teatro Comunale in Florence, symphonic concerts with the Fondazione Arena Verona and Orchestra Filarmonica Marchigiana, Teatro Cilea in Reggio Calabria, and Orchestra del Maggio Musicale Fiorentino. He conducted Verdi’s Il Trovatore at the Staatsoper Stuttgart, Rossini’s Il Barbiere di Siviglia with Fondazione Arturo Toscanini, Verdi’s Un Ballo in Maschera at the Israeli Opera in Tel Aviv as well as having his U.S. debut in Colorado conducting Donizetti’s L’Elisir d’Amore. He has appeared in Bilbao (Dialogues des Carmélites), at Berlin’s Deutsche Oper (Madame Butterfly), he debuted at Milan’s La Scala conducting La Traviata, and at the opening of the Summer Festival in Macerata he conducted Bizet’s Carmen in a production directed by Dante Ferretti. He presented the opera Le Corsaire at the Verdi Music Festival in Parma, and debuted at Munich’s Hercules Halle conducting a concert of the Staatskapelle Weimar with Erwin Schrott.

Among his achievements he also mentions Madame Butterfly at Tokyo’s New National Theatre, a concert with Maria Ghuleghina, Cosi Fan Tutte at Opera Colorado in Denver, Simon Boccanegra at the Megaron in Athens, the opening of the 2009/10 season at the Canadian Opera (Madame Butterfly), Romeo and Juliet at Venice’s Teatro La Fenice and in Verona, La Traviata at the Munich Opera, Aida in Hamburg, Boito’s Mefistofele in Frankfurt, and Verdi’s Requiem in Graz. He has also conducted Carmen at the Semperoper, Attila in Seattle, L’amico Fritz and Adriana Lecouvreur in Frankfurt, Manon Lescaut, Turandot and Macbeth in Hamburg, the premieres of Turandot, La Traviata and Don Carlo in Warsaw, and Lucia di Lammermoor in Bilbao. He has conducted a concert version of Verdi’s Giovanna d’Arco in Graz, Falstaff in Hamburg, Tosca in Munich, and Il Barbiere di Siviglia in Tokyo. He was the music director of the Teatr Wielki – Polish National Opera between 2011 and 2014.