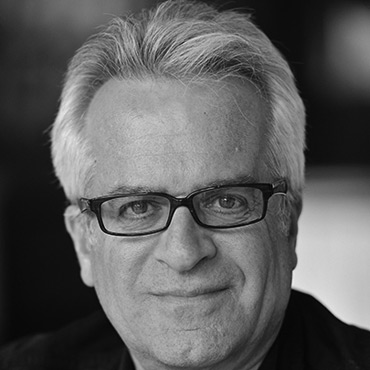 Born in New York City, for the past several decades, Christopher Alden has been directing operas around the globe, committed to keeping the art form challenging and vital.

In the 2015/16 season, Christopher Alden directed the world premiere of Barbara Monk Feldman’s Pyramus and Thisbe at the Canadian Opera Company. He then revived his production of Norma for the English National Opera, followed by a new Tristan und Isolde at Staatstheater Karlsruhe. After that, he returned to Seattle Opera to remount his production of Der fliegende Holländer, followed by a new production of Sweeney Todd for the Glimmerglass Festival in the summer of 2016.

In recent seasons Mr Alden produced Norma for Opera North, which won the Achievement in Opera award at the Theater Awards UK 2012. Norma was also presented in Chemnitz and in Bordeaux. His production of Handel’s Partenope at English National Opera in London received the prestigious Olivier Award for Best UK opera production of 2008/09. Partenope was subsequently revived for both the San Francisco Opera and for Opera Australia, where it won the Helpmann award for best opera production of the year. Also for ENO, he produced A Midsummer Night’s Dream, which then travelled to Moscow where it won the Golden Mask award for best opera production of the year. At the Aix-en-Provence festival, Il Turco in Italia was presented as a co-production with Torino, Dijon, and Warsaw. For the Los Angeles Philharmonic and Gustavo Dudamel, Christopher directed all three Mozart/Da Ponte operas, each designed by a prominent architect and fashion designer. Other recent highlights include a double-bill of La vida breve/Gianni Schicchi for Opera North in Leeds, a new production of The Rake’s Progress at Theater Braunschweig, La Perichole for the New York City Opera, Peter Grimes for the Badisches Staatstheater Karlsruhe, The Makropulos Affair at the Prague National Theater in the Czech Republic, Mozart’s La clemenza di Tito for the Chicago Opera Theater, Salome and Lully’s Phaeton at the Saarländisches Staatstheater in Saarbrücken, Monteverdi’s Orfeo at Glimmerglass Opera, Die Entführung aus dem Serail for the Basel Opera, Elliot Carter’s What Next? at the Miller Theatre (in celebration of Mr Carter’s 100th birthday), Verdi’s Nabucco at the Deutsche Oper am Rhein, Aïda for the Deutsche Oper Berlin, Monteverdi’s Orfeo in Oslo and Bernstein’s A Quiet Place for the New York City Opera.