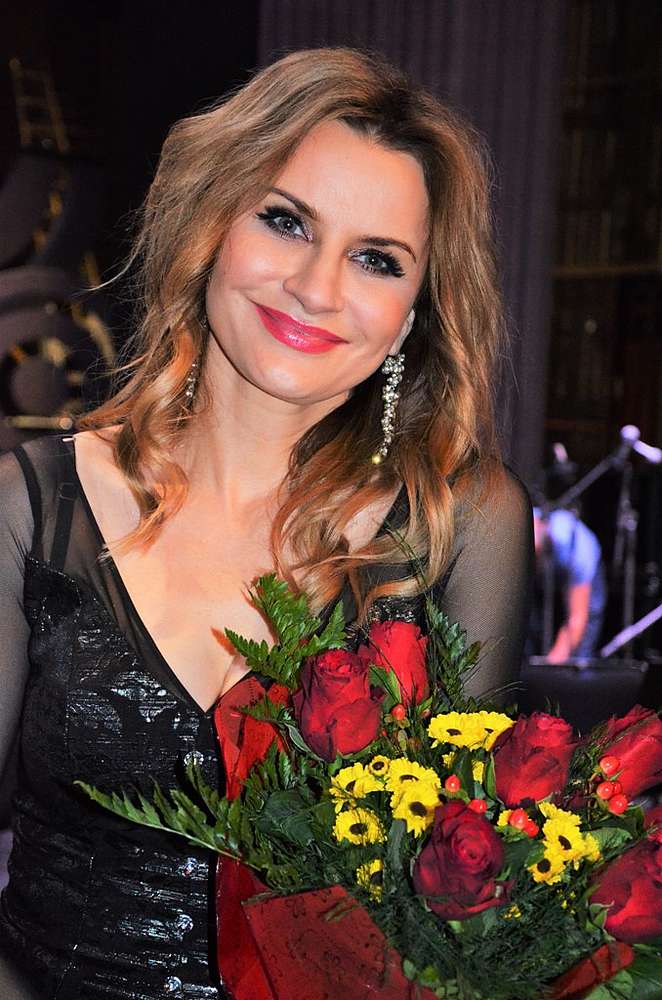 Edyta Piasecka is a graduate of the Kraków Music Academy, Poland. While still a student, she made her debut at the Kraków Opera, singing Queen of the Night in Mozart’s The Magic Flute under K. Bumann. Five years later she sang the role in The Flute’s production in the Netherlands. In 1997 she performed for the first time at the Lower Silesian Opera, Wrocław, singing Rosina in The Barber of Seville and Frasquita in Carmen.

In 1999 she became a soloist with the Kraków Opera, her roles including Rosina, Nedda in Pagliacci, Hanna in The Haunted Manor, Lucia in Lucia di Lammermoor, Coraline in Le toréador, Violetta in La traviata, Gilda in Rigoletto, Zosia in Halka, Fiordiligi in Cosi fan tutte, Queen of the Night in The Magic Flute, and Rosalinda in The Bat.

In 2003 Ms Piasecka made her debut at the Teatr Wielki in Warsaw as Contessa di Folleville in the Polish premiere of The Journey to Reims. That year she also took part in a performance of Carmina Burana at the Sacrum Profanum Festival in Kraków and The Last Night of the Proms In Cracow 2003.

Edyta Piasecka participated in a range of master classes, including the Bachakademie led by Professor Anna Reynolds and courses given by A. Kawecka, C. Ellsner, A. Pears, and R. Karczykowski.

She may boast numerous prizes and accolades. She won the first prize at Professor Ryszard Karczykowski’s master class in 1997, a special prize for the best female singer and an invitation to participate in a series of concerts to promote Polish talent in Austria in 1998, a nomination for the Paszport Polityki Award in the classical music category (2004), the Hiolski Award for the best opera debut at the Teatr Wielki (2008), and the Star of Vocal Arts Award at the 47th Jan Kiepura Festival in Krynica, Poland.

In Poland she can be heard at the Teatr Wielki – Polish National Opera, Grand Theatre in Łódź, Kraków Opera, Baltic Opera, Wrocław Opera, Podlasie Opera and Philharmonic in Białystok. In Łódź she sings Gilda in Verdi’s Rigoletto (2018).

She has performed at the philharmonic halls of Warsaw, Kraków, Katowice, Jelenia Góra, Poznań, Zabrze, Gdańsk, Bydgoszcz, Częstochowa, and at the Mazovia Music Theatre in Warsaw and worked with orchestras such as NOSPR, Toruń Symphony Orchestra, Sinfonia Iuventus, and Sinfonietta Cracovia.

Outside of Poland, Ms Piasecka has sung in Belgium, Hungary, the Netherlands, Germany, the USA, Denmark, Kuwait, and Italy.

Two productions with her participation were broadcast by Opera Platform: Moniuszko’s The Haunted Manor and Żeleński’s Goplana (International Opera Award for the Best Rediscovered Work). She recorded the role of Hanna in Moniuszko’s Haunted Manor with the Orchestra of the Eighteen the Century under Grzegorz Nowak.