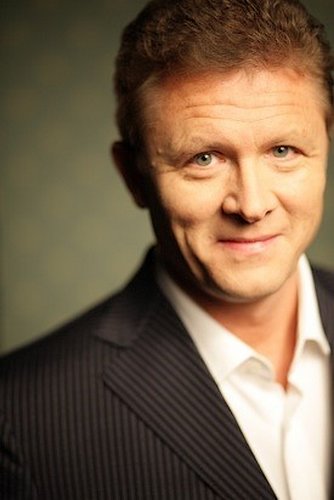 Egils Silins was born in Latvia and graduated from the Latvian Academy of Music. He made his debut at the Latvian National Opera, performing in Mephistopheles (Boito). He has won ten international competitions and received the Latvian Annual Music Aware in 1996 and 2003.

After engagements at the Frankfurt opera and Basel opera, he became soloist at the Wiener Volksoper with an acclaimed debut as Mephisto in Gounod’s Faust, followed by the leading role in Boris Gudonov directed by Harry Kupfer. He made his debut at the Wiener Staatsoper in I Puritani. Other roles at the Wiener Staatsoper included the title role in Mephistopheles (Boito), Silva in Ernani, Raimondo in Lucia di Lammermor, Rodolfo in La Sonnambula, Escamillo in Carmen, and Procida in Sicilian Vespers. He gained international acclaim singing the title role in Le Demon (Rubinstein) at the 1997 Bregenzer Festspiele. He has also performed at other prestigious music festivals, including the Tanglewood Music Festival, Savonlinna Opera Festival, and Glyndebourne Festival.

His repertoire covers more than 70 roles, include: Hollander in Fliegender Holländer, Wotan in Rheingold and Walküre, Wanderer in Siegfried, Amfortas-Klingsor in Parsifal, Telramundin Lohengrin, Jochanaan in Salome, Barakin Woman without Shadows, Orest in Elektra, the title role in Demon, Rangoon in Boris Godunov, Gd. Prater in Samson et Dalila, Mephisto in Faust and Damnation de Faust, Sebastian in Tiefland, Scarpia in Tosca, and Vermont in La Traviata.

His most recent appearances include among others Wotan at Opera de Monte-Carlo; Scarpia at Staatsoper Berlin; Wotan-Wanderer at Budapest Wagner festival and Tokio Aomori Festival; Kurwenal at Deutsche Oper Berlin; Jochanaan at Ravinia Festival in Chicago; Amfortas at New National Theater Tokyo; and Holländer at ROH London.

Mr Egils Silins next projects include Wotan and Wanderer at Leipzig Opera, Essen, and Seoul; Holländer at Düsseldorf Opera; Escamillo at Hamburg Opera; Mandryka at Oper Kiln; Pizarro at Vienna State Opera; Wotan-Wanderer at Budapest Wagner festival and Tokyo Aomori Festival; Jago at Cincinnati Hall; as well as his return to Opera de Paris with Samson et Dalila and Lohengrin, among others.