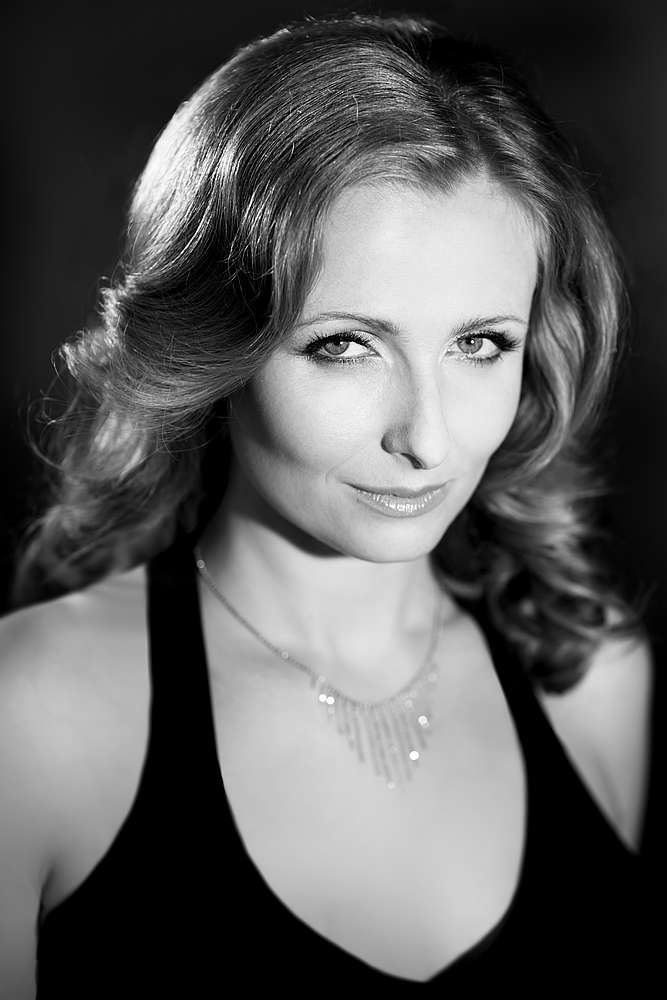 Elżbieta Wróblewska studied at the Fryderyk Chopin Academy of Music in Warsaw under Professor Krystyna Szostek-Radkowa. She is a prize-winner of the Polish Art Song Competition in Warsaw, the Duszniki Zdój Vocal Competition and the International Ada Sari Vocal Artistry Competition in Nowy Sącz.

She made her debut at the Teatr Wielki – Polish National Opera in 2001, singing Olga in her alma mater’s production of Pyotr Tchaikovsky’s Eugene Onegin. In 2003 she then took part in Alberto Zedda’s masterclass, Accademia Rossiniana in Pesaro, and subsequently performed as Delia in Il vaggio a Reims at the Rossini Opera Festival.

Since 2003 she has been a soloist of the Warsaw Chamber Orchestra, where she debuted as Arsace in Rossini’s Semiramide and later sang Dorabella (Cosi fan tutte), Cherubin (The Wedding of Figaro), Annio (La clemenza di Tito), Ramiro (La finta giardiniera), Ascanio (Ascanio in Alba), Farnace (Mitridate, Re di Ponto), Rosina (The Barber of Seville), Angelina (La Cenerentola), and Avdotya Romanovna in Bernadetta Matuszczak’s Crime and Punishment.

She may also be heard at the Teatr Wielki – Polish National Opera (Varvara in Janacek’s Katya Kabanova, Vlasta in Weinberg’s The Passenger – she also sang the role in the opera’s world premiere at the Bregenz Festival, Annina in Verdi’s La Traviata, Delia in Rossini’s Il vaggio a Reims, Governess in Tchaikovsky’s The Queen of Spades, Włodek Pawlik’s Via Sancta, Michał Znaniecki’s Mandragora, Doremik in Marta Ptaszyńska’s Magiczny Doremik), Poznań Opera House (Rosina in The Barber of Seville, Jadwiga in Moniuszko’s The Haunted Manor and Cherubin in Mozart’s The Marriage of Figaro), Silesian Opera in Bytom (Orfeo in Gluck’s Orfeo ed Eurydice), Podlasie Opera and the Grand Theatre in Łódź (Jadwiga Moniuszko’s The Haunted Manor).

She is a sought after performer of oratorios and cantatas with a repertoire embracing over twenty works by Bach, Handel, Haydn, Caldara, Mozart, Rossini, Beethoven, Mahler, as well as Polish and international lieder. Her repertoire also includes many contemporary pieces. She has performed in many European countries, Korea, Japan, and the USA.

Ms Wróblewska received the A. Hiolski Award for the Best Opera Debut of the 2002/2003 season for her performance as Arsace in Rossini’s Semiramide. In in 2015 she won two Fryderyk awards for Where are you. Pieces from Warsaw, an album recorded with the proMODERN sextet.