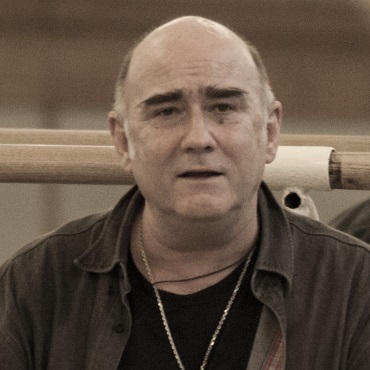 A graduate of the State Ballet School in Poznań (1966), Emil Wesołowski was first a dancer in the ballet company of the Poznań Opera (1966–73). When Conrad Drzewiecki organized his autonomous Polish Dance Theatre in Poznań, he invited him to be its soloist, and in 1976 appointed him the new group’s principal dancer. With this company, Wesołowski created a number of dance roles choreographed by Drzewiecki, and was the first to dance the part of Jason in Teresa Kujawa’s Medea. He performed with the Polish Dance Theatre in many countries across Europe as well as featuring in several ballet films by Drzewiecki. He was a teacher of the Poznań ballet school, taught ballet master classes at the Polish Dance Theatre, and designed his first choreographies for drama theatres.

In the 1979–80 season, he headed the ballet company of the Wrocław Opera, and later of the Poznań Opera House. Finally, in mid-1982, he joined Warsaw’s Teatr Wielki as its ballet’s head and soloist. Initially, he performed three major character parts here as well: Carabosse the wicked fairy godmother in Gusev’s The Sleeping Beauty, the Widow Simone in Ashton’s La Fille Mal Gardée, and the Headmistress in Lichine’s The Graduation Ball. in 1985 he resigned as head of ballet and devoted himself fully to choreography. In 1995–2006 he again served as the director of the ballet of the Teatr Wielki – Polish National Opera, and from the beginning of 2007 to the autumn of 2008 – as the artistic director of the Poznań Opera House. Next, he returned to Warsaw, becoming Polish National Ballet’s resident choreographer, a function he held until the end of 2012. Currently, he is a lecturer of the Aleksander Zelwerowicz Academy of Dramatic Art.

The year 1998 saw his debut as stage director, when he staged Rossini’s Semiramide for Ewa Podleś at the Polish National Opera. He later returned to directing when he became the artistic director of the Teatr Wielki in Poznań, successfully staging Moniuszko’s The Haunted Manor and musical Fiddler on the Roof; at the Baltic Opera, he directed Johann Strauss’s Der Zigeunerbaron.