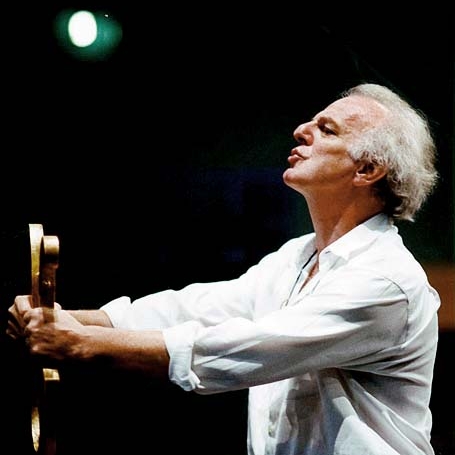 Born in Flanders, Gilberto Deflo studied directing at the RITCS in Brussels. Initially he worked with the Piccolo Teatro in Milan, then assisted Maurice Béjart at the Théâtre de la Monnaie in Brussels. There he debuted as director of Puccini’s Il tabarro and Gianni Schicchi. His international career started with a production of Prokofiev’s The Love for Three Oranges in Frankfurt. Later he staged Rossini’s The Barber of Seville and Debussy’s Peléas et Mélisande at the Hamburg Opera, Verdi’s Rigoletto in Nuremberg, Stauss’s Ariadna on Naxos and Salome in Karlsruhe, Massenet’s Manon Lescaut and Cinderella in Cologne, Strauss’s The Woman Without a Shadow at the Welsh Opera, Verdi’s Aida at the Scottish Opera, and Bellini’s The Puritans for the Bregenz Festival.

In 1981 he became the artistic director of the Théâtre de la Monnaie in Brussels, where he staged Verdi’s Don Carlos, Massenet’s Cinderella, Wagner’s Tristan and Isolde and The Flying Dutchman, Offenbach’s The Tales of Hoffman, Strauss’s Der Rosenkavalier, Weber’s Der Freischütz, Mozart’s Idomeneo, Janaček’s The Cunning Little Vixen, and Verdi’s Simon Boccanegra. The latter production was later also staged at the Gran Teatro del Liceo in Barcelona, for which Deflo also directed Tchaikovsky’s The Queen of Spades and Monteverdi’s Orfeo. In Montpellier he directed the opera Il Barbero di Buon Cuore composed by Vincente Martín y Soler and a series of Monteverdi’s works, including The Coronation of Poppaea and The Return of Ulisses to His Homeland, together with René Jacobs. The productions were later shown at La Scala, the Flemish Opera, in Innsbruck and Tokyo.

Also in collaboration with Jacobs Deflo directed Lully’s Roland at the Théâtre des Champs-Elysées. In 1989 he debuted in Italy with Auber’s Fra Diavolo (Palermo), and in 1993 he developed a new production of Rigoletto for La Scala conducted by Riccardo Muti. In Catania he developed Don Carlos, Carmen, and Tosca for the Macerata Festival. He also staged Macbeth and Otello in Belgium and Falstaff in Genoa. In 1996 he showed to operas in Laussane: Pergolesi’s La serva padrona and Rimsky-Korsakov’s Mozart and Salieri. He directed the world premieres of Der Traumgörge by Alexander von Zemlinski (Nuremberg), Thij by Jan van Gilse (Amsterdam), and La Forêt by Rolf Liebermann (Geneva).

In 1997 he directed Verdi’s Rigoletto for the Teatr Wielki in Warsaw.