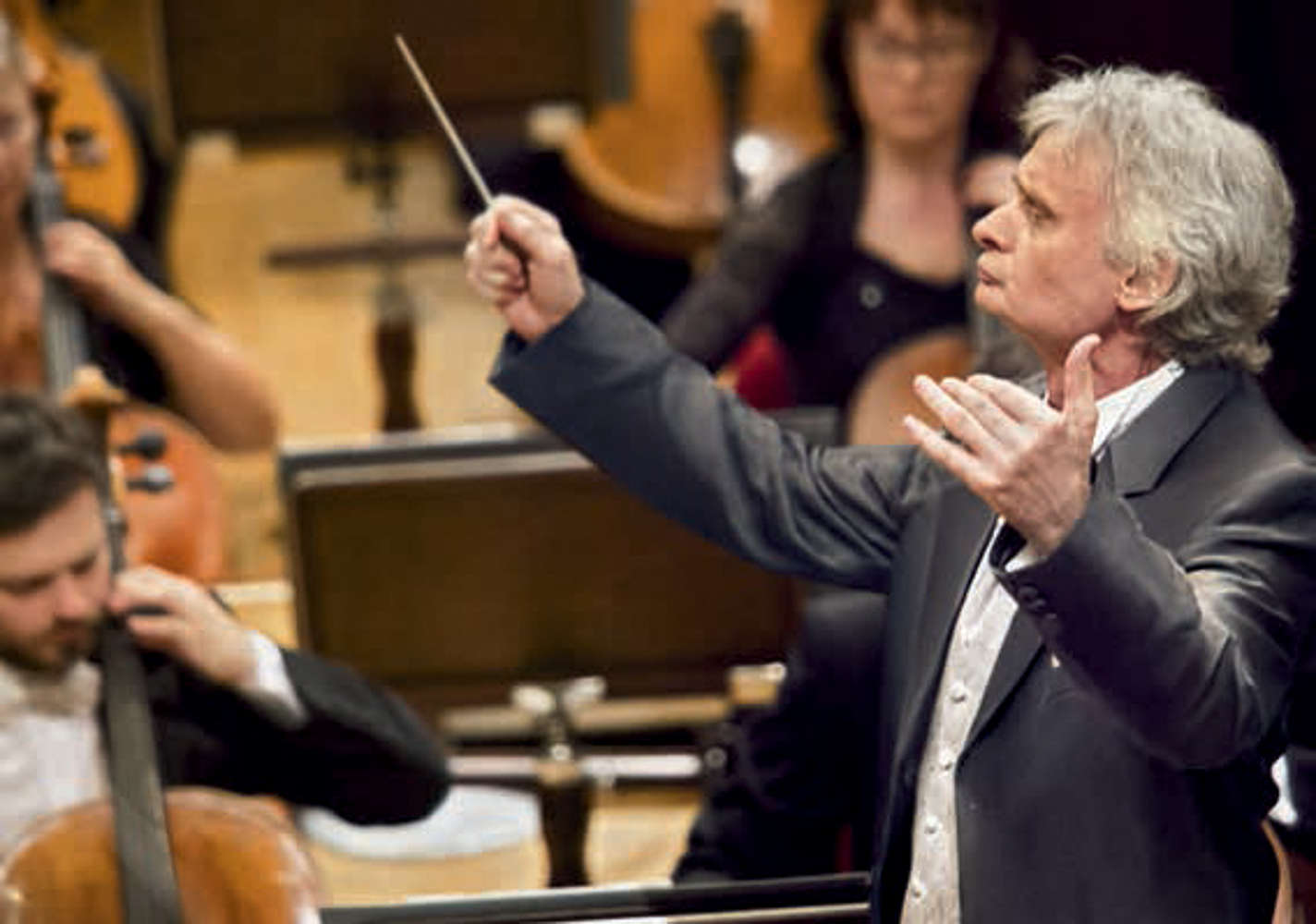 Grzegorz Nowak is Music Director of the Polish National Opera and Permanent Associate Conductor of the Royal Philharmonic Orchestra in London, promoted to this position after serving for seven years as the Orchestra’s Principal Associate Conductor. He has led the RPO on tours to Switzerland, Turkey and Armenia, as well as giving numerous concerts throughout the UK. His RPO recordings include Mendelssohn’s ‘Scottish’ and ‘Italian’ Symphonies, Shostakovich’s Symphony No.5, Mussorgsky’s Pictures at an Exhibition, Dvořák’s Symphonies Nos.6-9, all the symphonies of Schumann and complete symphonies and major orchestral works of Brahms and Tchaikovsky.

Recordings of Grzegorz Nowak have been highly acclaimed by the press and public alike, winning many awards. Diapason in Paris praised his KOS live recording with Martha Argerich and Sinfonia Varsovia as ‘indispensable… un must’, and its second edition won the Fryderyk Award. Gramophone Magazine praised his ASV recording with the London Symphony Orchestra as ‘outstanding.’ His recording of the Polish Symphonic Music of the 19th Century with Sinfonia Varsovia won the CD of the Year Award, the Bronze Bell Award in Singapore and Fryderyk Award nomination; the American Record Guide praised it as ‘uncommonly rewarding… 67 minutes of pure gold.’ The Hänssler Classic disc with Czerny Symphonies No.2 and No.6 (world premiere recording and performance, after the discovery of the manuscript in Vienna) was praised as ‘delightful… marvelously colorful… memorable’ by Classics Today. His CD with Anja Silja won two Classical Internet Awards and Classics Today hailed it as ‘simply marvelous’.

Grzegorz Nowak’s career propelled to international level after he’s won the prestigious Ernest Ansermet Conducting Competition in Geneva, winning the first prize and all special prizes, including the Grand Prix Patek Philippe, Rolex Prize, Swiss Prize and American Patronage Prize, and received, in Basel, the Europäische Förderpreis für Musik for the European Musician of the Year by a committee chaired by Pierre Boulez. Since then, he has conducted the world’s finest orchestras and served as Music Director for such orchestras as the Edmonton Symphony Orchestra, Polish National Opera in Warsaw, SWR Radio Orchestra in Germany, Sinfonia Helvetica and Festival Musique & Amitié in Switzerland. He is currently the ‘Director Titular’ of the Orquesta Sinfonica de España and Orquesta Clásica Santa Cecilia in Madrid. He is also Artist-in-Residence at the Florida International University in Miami.

Grzegorz Nowak has performed alongside many of the most widely respected soloists of our time, including: Martha Argerich, Yefim Bronfman, Nigel Kennedy, Anne-Sophie Mutter, Mstislav Rostropovich, Gil Shaham and Krystian Zimerman, and has worked with such singers as Janet Baker, Kathleen Battle, Marilyn Horne, Gwyneth Jones, Sherrill Milnes and Anja Silja.