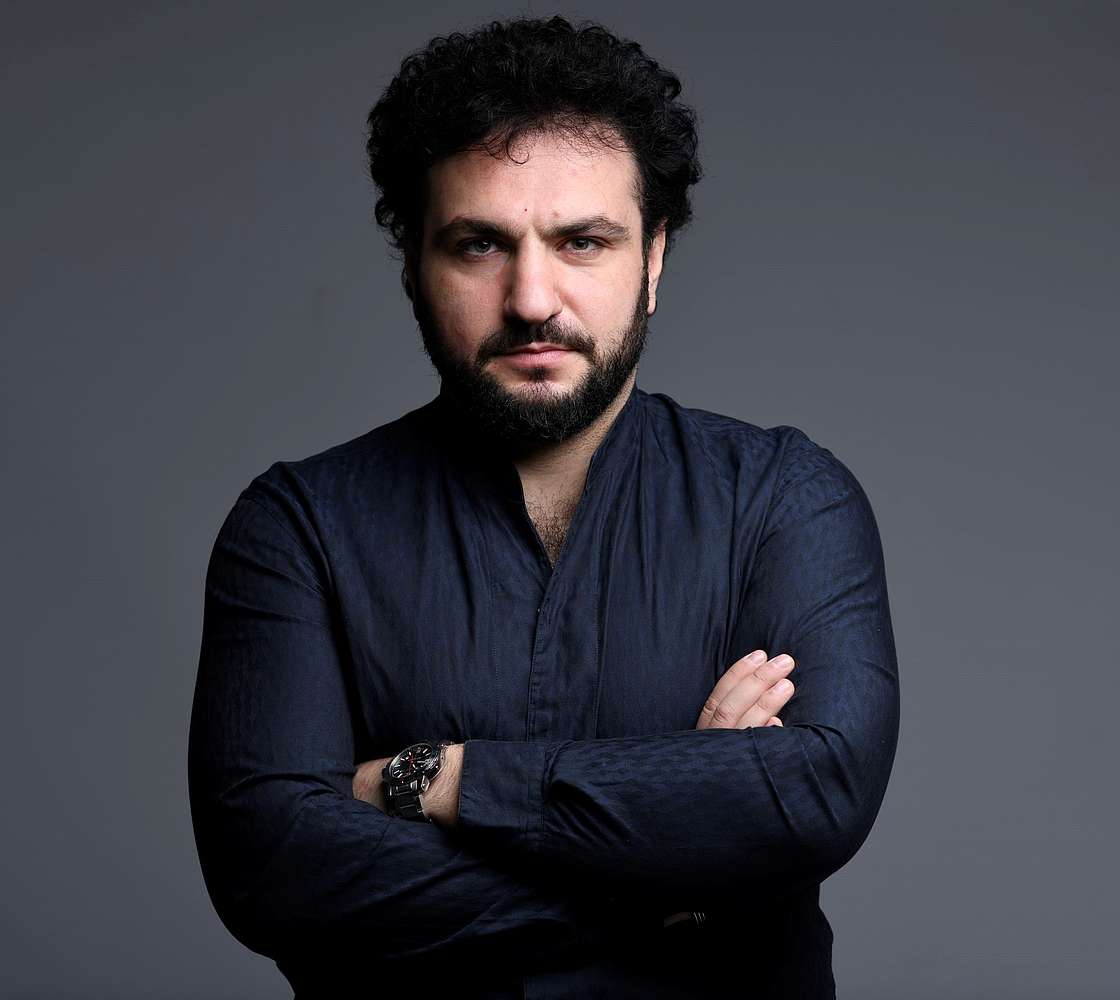 He has performed in such opera houses and concert halls as: Opera Belcanto of South Simcoe in Toronto, Mariinsky Concert Hall, Tatar State Opera in Kazan, Big Hall of the Moscow State Conservatoire, Musikverein Vienna, Novaya Opera and Bolshoi Theatre in Moscow. He often performs under the baton of Maestro Valery Gergiev. He shared the stage with such great artists as Maria Guleghina, Anna Netrebko, Olga Borodina, Ekaterina Semenchuk, Hui He, and many others.

Hovhannes Ayvazyan has performed Mozart’s Requiem at the Musikverein in Vienna. He took a part in a tour with the Berliner Symphoniker under Maestro Lior Shambadal, for which he received outstanding reviews, and performed Don Jose in Carmen with the Moscow State Opera at the BGE Theatre in Dublin. In the summer of 2017 he successfully sang Manrico in Il trovatore under the baton of Placido Domingo at the Mariinsky Theatre. Also in 2017 he made a critically acclaimed stage debut as Radames opposite Hui He at Arena di Verona. In November he made a terrific role debut as Don Alvaro in the Mariinsky’s production of Verdi’s La forza del destino as well as Canio in Pagliacci. In October 2018 he had another triumphant debut as Andrea Chenier at the Teatro Massimo Bellini in Catania. In January 2019 the artist debuted at Oper Frankfurt singing Don Alvaro in a new production of Verdi’s La forza del destino. In August 2019 he was invited to the Puccini Festival at Torre del Lago to sing Dick Johnson in La fanciulla del west and Cavaradossi in Tosca. In the nearest future he will make a debut as  Herman in The Queen of Spades, Riccardo in Un ballo in maschera and Calaf in Turandot.

Cavaradossi is his debut at Polish National Opera.