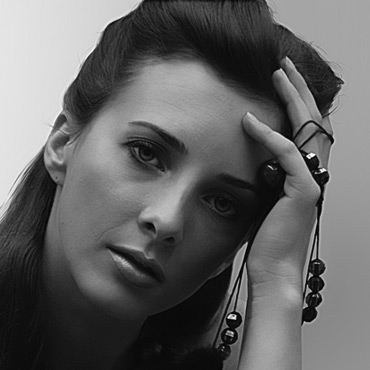 Born in Bielsko-Biała, Poland, she studied the piano at the local Stanisław Moniuszko State School of Music, graduating in 1999. She then went on to study the voice at the Academy of Music in Katowice, Poland. In 2004 she received a Socrates-Erasmus grant to study in Lubeck, Germany. While still a student she sang Hanna in Moniuszko’s The Haunted Manor. From 2006 to 2011 she was a soloist with the Wrocław Opera, singing Musetta in Puccini’s La Bohème, Gilda in Verdi’s Rigoletto, Nanetta in Verdi’s Falstaff, Oscar in Verdi’s Masked Ball, Adela in J. Strauss’s The Bat, Adina in Donizetti’s L’elisir d’amore, Olimpia in Offenbach’s The Tales of Hoffman, First Flowermaiden in Wagner’s Parsifal, Papagena in Mozart’s The Magic Flute. In 2002 she performed at a concert marking pope John Paul II’s visit in Kraków. In 2006 she made her debut as Adela during a New Year’s Eve concert at the Teatr Wielki – Polish National Opera in Warsaw. She has performed with the Kraków Opera, Silesian Opera, and the philharmonic halls in Zabrze and Wałbrzych. She toured Belgium, the Netherlands and France. She gave concerts in Italy, Canada, Thailand and Australia. Her future plans involve opera performances in Buenos Aires. Currently, she may be heard at Opera na Zamku in Szczecin, Poland.