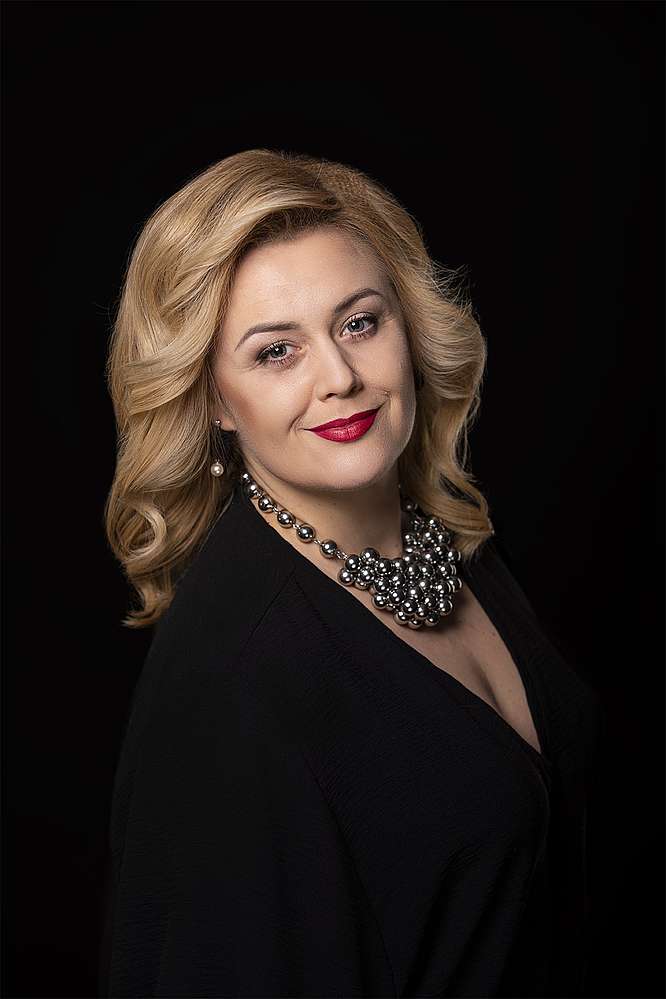 In the 2021/22 season Ms Sobotka will perform the title roles in Puccini’s Madama Butterfly and Tosca at the Poznań Opera House. She will also be Violetta Valery in La traviata at the Polish National Opera in Warsaw, Contessa in The Marriage of Figaro at the Estonian National Opera, Mimi in La bohème at the Podlasie Opera, Białystok, Poland, and Magda in La rondine at the Silesian Opera, Bytom, Poland. Future engagements include debuts at the Chicago Opera Theatre and Teatro Real in Madrid.

She has worked with Europe’s top symphony orchestras. At an invitation from Sir Simon Rattle, she has given numerous performances with the Berliner Philharmoniker, London Symphony Orchestra, and Staatskapelle Berlin. She has also performed with the philharmonic and radio orchestras of Luxembourg, London, Vienna, Paris, Berlin, Warsaw, Barcelona, and Madrid, working with such excellent conductors as Sir Simon Rattle, Sir Colin Davies, Marco Armiliato, Marek Janowski, Jesus Lopez Cobos, Juanjo Mena, Massimo Zanetti, or Vladimir Jurowski. In 2016 she went on a concert tour of Japan and Taiwan with the Berlin Philharmonic Orchestra under Sir Simon Rattle.

Iwona Sobotka is widely acknowledged for her interpretations of Polish vocal repertoire, in particular the works of Karol Szymanowski. In 2004 her first solo album containing a collection of his songs was released by the Dutch label Channel Classics and was distinguished by National Academy of Recording Arts in Poland with the Fryderyk Award for the most outstanding recording of Polish music. On a subsequent release for EMI Classics in 2006, she performed Songs of a Fairytale Princess with Sir Simon Rattle and the City of Birmingham Symphony Orchestra which received five stars from the prestigious BBC Music Magazine. In 2010 she participated in a Szymanowski Focus programme curated by Piotr Anderszewski to promote the music of Symanowski with concerts in Wigmore Hall and Carnegie Hall.

Ms Sobotka graduated from the Fryderyk Chopin University of Music in Warsaw and continued her studies with renowned artist and pedagogue Tom Krause at the Escuela Superior de Música Reina Sofía in Madrid.