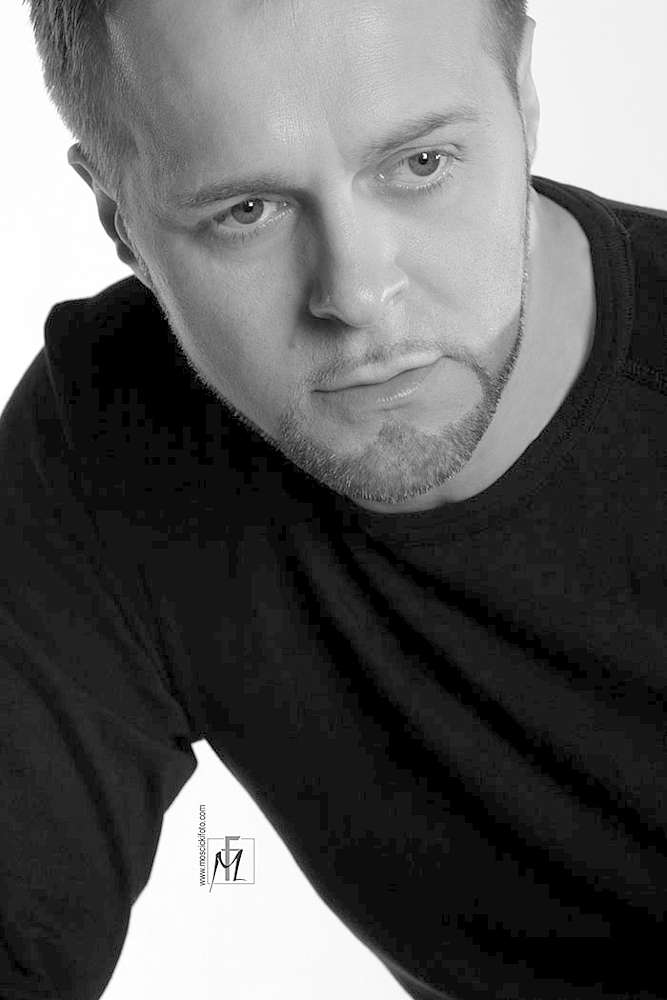 Jacek Laszczkowski studied the clarinet at the State School of Music in Białystok, Poland, then graduated with honours from a vocal department of the Academy of Music in Warsaw. Still as a student, he made his debut at Vienna’s Kammeroper, singing Ernest in Donizetti’s Don Pasquale. He was twice awarded the scholarship of Polish Minister of Culture and Art.

He made his debut at the Warsaw Chamber Opera, singing in Mozart’s Die Entführung aus dem Serail. He won the 1991 Viotti International Music Competition and reached the finals of the 1992 International Singing Competition of Toulouse. He has also participated in the Rossini Festival in Pesaro and the Festival della Valle d’Itria.

He has sung tenor parts in over a thousand opera performances, operettas, concerts, and operatic galas. In 1992 he took part in the world premiere of Rossini’s Ermione at London’s Queen Elizabeth Hall (transmitted and recorded by BBC3). In 1996 he performed at La Scala in Prokofiev’s The Gambler. While in Milan, he took lessons from the renowned tenor Franco Corelli. He sang in classical operettas on the stage of the Roma Music Theatre in Warsaw and went on numerous tours with the Warsaw Chamber Opera, starring in Rossini and Mozart operas.

In 1998 he made his debut as a soprano. He sang at the Hamburg Staatsoper, Bayerische Staatsoper (Munich), Palais Garnier (Paris), Semperoper Dresden, and the Royal Opera House (London), among other venues. In 2000 he accepted Michel Plasson’s invitation to sing in Orff’s Carmina Burana with the Orchestre National du Capitole de Toulouse. In 2002 he was Tony opposite Julia Migenes in West Side Story in Niece. He performed in a range of world premieres of contemporary operas.

In 2010 he sang grand tenor arias from the Polish opera repertoire with the Deutsche Kammerphilharmonie Bremen. The success of the performance lead to new engagements with the orchestra in the following seasons. He sang Hamlet in the world premiere of Pierre Thilloy’s Le jour des Meurtres, dans l’histoire d’Hamlet (2011), Alfredo in La Traviata, and Pinkerton in Madama Butterfly at Opera na Zamku, Szczecin (2012). At the Baltic Opera he sang Ikharyov in Andrzej Chyra’s production of The Gamblers by Shostakovich/Meyer in 2013 (Jan Kiepura Award – Best Production of the Season), Penderecki’s Ubu Rex, Cavaradossi in Puccini’s Tosca, and Verdi’s Otello. At the Poznań Opera House he sang Oedipus in Oedipus Rex and Chartkov in Weinberg’s The Portrait (Jan Kiepura Award – Best Production of the Season). At the Teatr Wielki – Polish National Opera he sang Pinkerton in Madama Butterfly and Jontek in Halka.

Jacek Laszczkowski has also played in a few Polish feature films, including the leading role in Krzysztof Zanussi’s Dusza śpiewa (The Soul’s Singing). He has hosted a talent show on TVN, a Polish commercial TV channel, called Start w TVN-ie, meta na scenie. He is also active as an educator. Opernwelt named him the Singer of the Year in 2003, while TV Arte made a documentary about him (2007).

In 2012 he was presented with the Gloria Artis medal for his contribution to Polish culture. In 2015 he sang Herod in Mariusz Treliński’s production of Salome in the National Theatre in Prague.