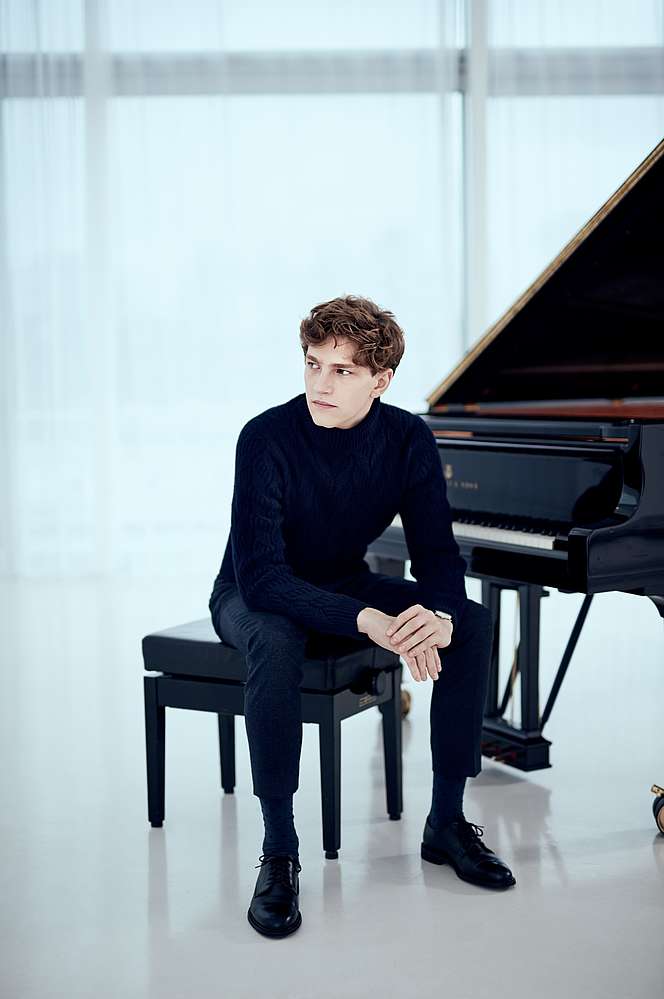 This 26-year-old artist is one of the most outstanding pianists around. He gives more than 100 concerts a year. He has worked with such esteemed conductors as Antonio Pappano, Yannick Nézet-Séguin, Daniel Harding and Claudio Abbado, Performing with such orchestras as the New York Philharmonic Orchestra, San Francisco Symphony Orchestra, Staatskapelle Dresden, Bavarian Radio Orchestra and London Symphony Orchestra. Following the Night Music series of recitals, in 2019 he performed in a new solo programme and in Beethoven songs (with Matthias Goerne). He has also appeared with such ensembles as the Boston Symphony Orchestra, Philadelphia Orchestra, Filarmonica della Scala, Orchestra dell’Accademia Nazionale di Santa Cecilia, and Orpheus Chamber Orchestra, at such venues as the Carnegie Hall and the Elbphilharmonie in Hamburg. In 2013 he became the youngest ever recipient of Gramophone magazine’s Artist of the Year award and also won the Leonard Bernstein Prize. In 2012 he became a UNICEF Ambassador in Canada. The pianist regularly performs at the Chopin and his Europe Festival in Warsaw. Thanks in part to the Fryderyk Chopin Institute’s release of his recordings of the Chopin concertos, made at the age of 13 and 14 (with Sinfonia Varsovia and Howard Shelley), Lisiecki signed an exclusive contract with Deutsche Grammophon aged just 15 and his recordings have won numerous awards, including the ECHO Klassik, JUNO, and Diapason d’Or. Recently, he has released the complete Beethoven piano concertos with the Academy of St Martin in the Fields, recorded live at the Konzerthaus in Berlin (the label’s first release for the Beethoven Year) and an album of Beethoven songs on which Lisiecki accompanies Matthias Goerne. His double album of Chopin’s Nocturnes came out a few month ago.