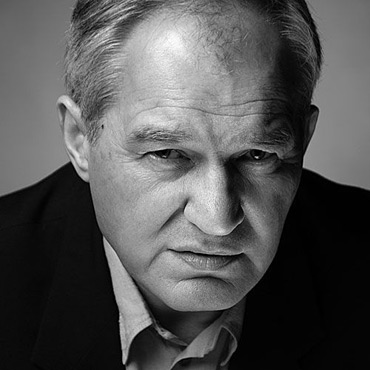 In 1981 Janusz Wiśniewski designed and co-produced a staging of Zbigniew Rudziński’s opera Manekiny (Mannequins) directed by Marek Weiss-Grzesiński. A year later, the production opened at the Teatr Wielki in Warsaw. Apart from an award at the Theatre of Nations Festival in Sofia, Bulgaria, Manekiny won acclaim in France and Germany.

A year later the Nowy saw a premiere of Mr Wiśniewski’s Koniec Europy (The End of Europe), which was subsequently honoured with the Grand Prix, Critics Award and Audience Award at the Belgrade International Theatre Festival (BiTEF). The festival jury was full of praise for the director and his work, stating that while he came in the footsteps of the great Polish theatre artists who’d made outstanding contributions to contemporary dramatic arts, he proved himself to be a new, powerful force on the European scene and an artist gifted with extraordinary visual imagination that produced a very suggestive vision of contemporary Apocalypse. The jury also appreciated the fact that Mr Wiśniewski drew from Polish and European cultural heritage to give rise to a thoroughly modern theatrical work. The production was shown in the Netherlands (including the Holland Festival), Denmark, Germany, Spain, Austria, and the UK.

In the same year Janusz Wiśniewski received the Konrad Swinarski Award. In 1984 both Panopticum à la Madame Tussaud and Koniec Europy achieved great success at the Theatre of Nations Festival in Nancy, winning all major awards, including the Grand Prix. The jury’s veridict called the productions ‘the most notable theatre productions of 1984’. Also in 1985 Mr Wiśniewski was honoured with a Minister of Foreign Affairs award for ‘promoting Polish culture abroad’.

In 1985 Koniec Europy received a special Fringe First award at the Edinburgh Festival Fringe and toured the UK. In 1986 Koniec Europy and Manekiny were named the most outstanding events of the Jerusalem Festival. In 1987 the Nowy in Poznań hosted the world premiere of Janusz Wiśniewski’s Modlitwa chorego przed nocą (The Prayer of a Sick Man Before Night), which then toured Germany, Austria and the Netherlands.

In 1988 the Janusz Wiśniewski Theatre Company came into being. Operating at the  Studio Art Centre in Warsaw, the company developed Olśnienie, which opened in 1989 at the Teatr Wielki in Warsaw and was shown at the Touch Time Festival,  Amsterdam; Europeo Teatro Festival, Bologna; Theaterlandschaft Polen, Mülheim; and Toronto World Stage Harbourfront. In 1990 it won the Fringe First Award. In  1989 Mr Wiśniewski’s Der Schwarze Zug (Black Train) opened at the Staatstheater Kassel, and soon was named as the best show of the year by German critics.

In 1994 the artist directed a TV adaptation of Juliusz Słowacki’s Balladyna for the Polish national TV broadcaster, which was named the best television play of the year.

In 1995 Janusz Wiśniewski directed a production of Mozart’s The Magic Flute at the Wrocław Opera.

In 1999 Mr Wiśniewski staged Juliusz Słowacki’s Wybrałem dziś zaduszne święto według Samuela Zborowskiego at the National Theatre in Warsaw. In 2001 he put on Seven Deadly Sins by Kurt Weill and Bertolt Brecht at the Wielki in Warsaw, followed by Shakespeare’s Richard III in 2003 at the Nowy in Poznań. The following year the production won a Złoty Yorick (Golden Yorick) award at the 8th Gdańsk Shakespeare Festival (Poland).

In 2004 the Nowy hosted the world premiere of Mr Wiśniewski’s original project Opera kozła (Goat Opera). The production was shown in Germany, Turkey, and at the 23rd Festival De Teatro de Malaga, Spain. A year later Mr Wiśniewski premiered Goethe’s Faustus on the same stage. The production was put on in association with The Fringe, Edinburgh to mark the 25th anniversary of the Assembly Rooms’ erection. The show won the Herald Angel Award and was presented, to the audience’s acclaim, in Germany, Italy, Turkey, Israel, the Festival de Otoño, Madrid and Festival de Teatro de Malaga.

Mr Wiśniewski went on to stage The Tempest at the Nowy in 2008. The production won a Złoty Yorick and the Krystyna Wydżga Award for Script, Directing, and Acting at the 12th Gdańsk Shakespeare Festival, as well as being named the best act of the Tbilisi International Festival of Theatre (Georgia). Also in 2008 Poznań saw the Polish premiere of Mr Wiśniewski’s original project Arka Noego. Nowy Koniec Europy (Noah’s Ark. The New End of Europe), put on in association with Italy’s Arena del Sole, Nuova Scena – Teatro Stabile di Bologna, Israel’s Cameri Theatre of Tel Aviv, Germany’s Hessisches Staatstheater Wiesbaden, Austria’s Schauspielheus Graz and the International Theatre of Kosovo. The project was shown in each of the partner states between 2009 and 2010.

In 2009 the Polish section of the International Association of Theatre Critics (AICT/IATC) presented Janusz Wiśniewski with the Tadeusz Żeleński-Boy Award for his original shows staged at the Nowy, in particular the productions of Faustus, The Tempest and Noah’s Ark. In 2010 the Nowy saw the premiere of Mr Wśniewski’s  Lobotomobil, called by the AICT/IATC the most important production of the last decade in Poland.

In 2012 Janusz Wiśniewski put on Jedermann at the Hessisches Staatstheater Wiesbaden, a production drawing on the medieval mystery play and Hugon von Hofmannsthal’s play. Later that year, drawing on Shakespeare’s Macbeth, he premiered Apokalipsa według Szekspira (The Apocalypse of Shakespeare) at the Marin Sorescu Theatre, Craiova, Romania. In 2012 his Siedem lekcji dla zmarłych (Seven Lessons for the Dead) opened at the Powszechny Theatre, Radom, Poland, and soon ranked among the best theatre productions of ‘Przegląd’, a Polish weekly.

In 2013 the Polski Theatre in Warsaw saw the premiere of Mr Wiśniewski’s Quo vadis słowami Sienkiewicza, Eliota, Audena i innych (Quo Vadis in The Words of Sienkiewicz, Eliot, Audien, and Others), which ranked first on the Przegląd list of best productions of the season.