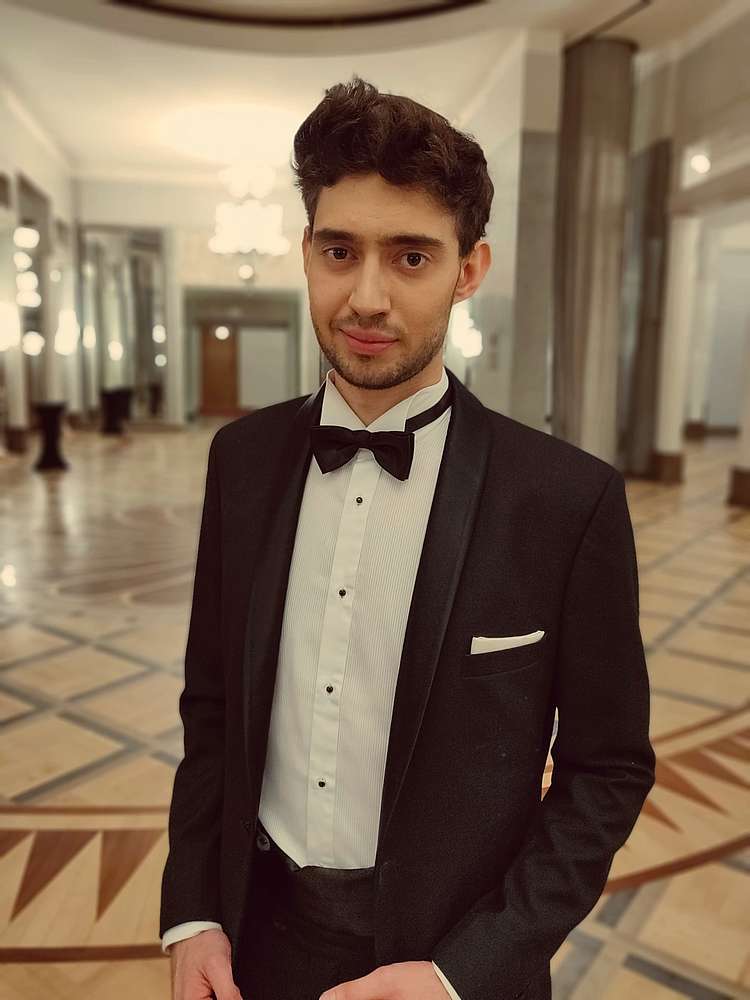 Born in 1994 in Warsaw, Poland, Jasin Rammal-Rykała is a graduate of an MA programme in vocal performance at the Fryderyk Chopin University of Music in Warsaw, where he studied under Professor Izabella Kłosińska. In August 2017 he joined Opera Academy, the young talent development programme of the Polish National Opera, where he trains under Eytan Pessen, Matthias Rexroth, Izabella Kłosińska, and Olga Pasichnyk.

He has been performing since the age of eight, when he joined the Alla Pollacca children’s choir at the Teatr Wielki, Warsaw. With the ensemble he appeared in Bizet’s Carmen, Puccini’s Tosca, Mozart’s Magic Flute and many other opera productions. He was young Wozzeck in Berg’s Wozzeck and one of the Three Boys in In the Land of the Magic Flute, an adaptation of The Magic Flute for children by Professor Ryszard Karczykowski.

Jasin Rammal-Rykała made his debut at the Warsaw Chamber Opera (WOK), singing in student productions of Mozart’s Don Giovanni (Masetto) and The Marriage of Figaro (Bartolo). At the WOK he also appeared as Mother in Weill’s Seven Deadly Sins and Kecal in Smetana’s Bartered Bride.

As a soloist he performed in Warszawskie dzieci and The Haunted Manor (Skołuba) in Chicago with the Romuald Traugutt Philharmonic and was Nikita in Karol Kurpiński’s Zamek na Czorsztynie with the Warsaw Philharmonic Orchestra (matinées for children). In 2014 he sang the bass part in Mozart’s Requiem. In August 2018 he performed at the Innsbrucker Festwochen der Alten Musik as Alfisibeo and Panto in Gli amori d’Apollo e di Dafne. He participated in master classes led by Helmut Deutsch, Olga Pasichnyk, Brenda Hurley, Hedwig Fassbender, Tomasz Konieczny, Claudia Visce and Martin Lloyd Evans.

At the Polish National Opera he was Count Ceprano in Verdi’s Rigoletto, Angelotti in Puccini’s Tosca, Second Mate in Britten’s Billy Budd and Piper in Moniuszko’s Halka. In the 2020/21 season he will again feature in Rigoletto, Tosca and Halka, as well as making his debut as Johann in the premiere of  Massenet’s Werther and Marquis d’Obigny in Verdi’s La traviata.