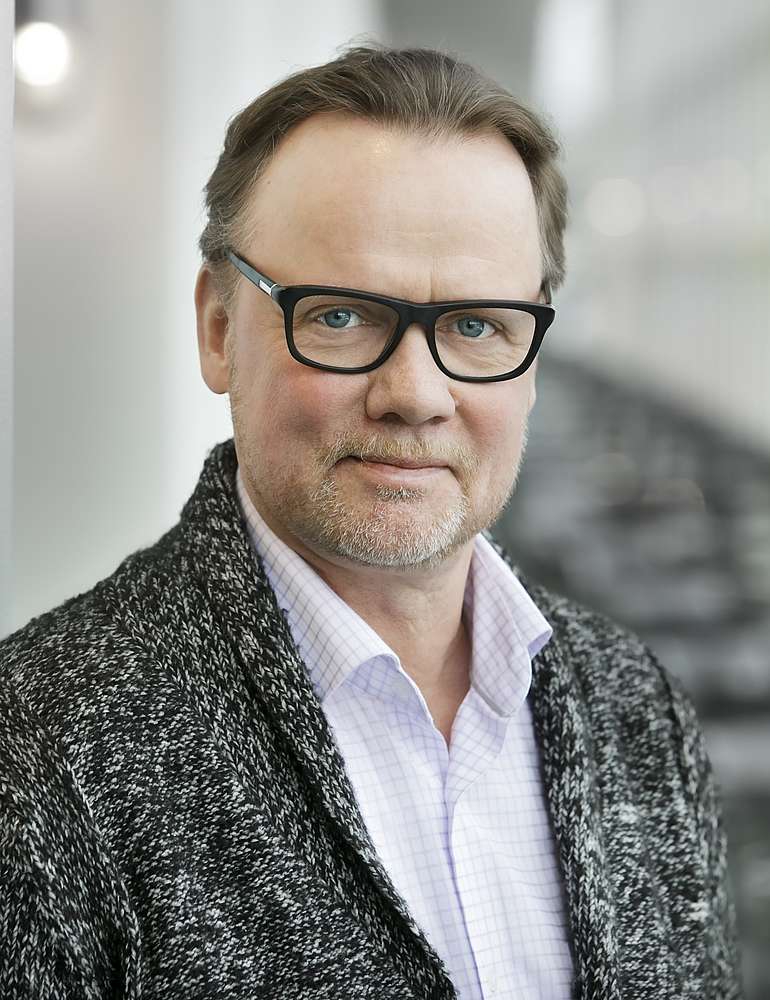 Jere Erkkilä has worked at the Finnish National Opera for the past 36 years in different roles: as a dancer, production assistant, producer, opera singer (tenor), assistant director and director. In the course of his career, he has also collaborated with various opera houses, venues and festivals as opera singer and director.

He was born into a family with music traditions. His father is the Finnish tenor and composer Eero Erkkilä. Having taken cello lessons in his childhood, Jere went on to study the trumpet at the Helsinki Military Music School, the Sibelius Academy in Helsinki, and the Helsinki Conservatoire. In 1986, at the age of 20, he started professional ballet classes and danced in several musical and opera productions. Having sustained an injury that ended his dance career, he became a production assistant at the opera house. In 1993 he began training to become an assistant director, a position he continues to hold at the Finnish National Opera, where he is in charge of revivals. Having taken singing classes at the Sibelius Academy and the Open University, he made his professional debut at the Savonlinna Opera Festival. As a character tenor, he sang an array of roles in various works of the international and Finnish repertoire.

He made his debut as a stage director in 2012 in Free Will, the first opera produced by an international online community, put on by the Savonlinna Opera Festival. His independent directing projects are original concepts that go beyond the realm of classical opera and ballet. In 2016 he staged CircOpera, featuring circus artists performing to classical music, and is now in the process of preparing CircOpera 2.0. His Chorus Opera, a staged performance featuring the chorus in the leading role with  a programme made up of the highlights of the chorus repertoire, is set to premiere at the Polish National Opera in October 2022.