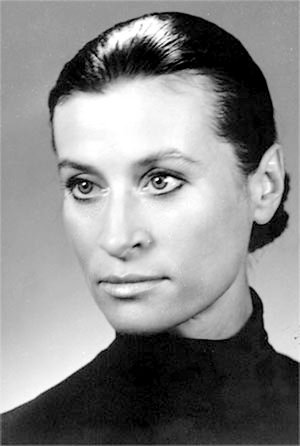 Called the queen of Polish bel canto, Joanna Woś graduated from the Academy of Music in Łódź, having studied under Professor Jadwiga Pietraszkiewicz. She is a laureate of Poland’s most significant singing competitions and winner of the Bilbao International Singing Competition. He made a debut singing Lucia in Donizetti’s Lucia di Lammermoor at the Grand Theatre in Łódź, whose soloist she later became.

Repertoire includes: Elvira in Bellini’s I puritani, Norina in Donizetti’s Don Pasquale, Olumpia in Offenbach’s The Tales of Hoffmann, Fiordiligi in Così fan tutte, The Queen of the Night in Mozart’s The Magic Flute, Donna Anna in Mozart’s Don Giovanni, and the Countess in Mozart’s The Marriage of Figaro, Rosina in Rossini’s The Barber of Seville, Oscar in Verdi’s A Masked Ball, Nanetta in Verdi’s Falstaff, Gilda in Verdi’s Rigoletto, Violetta in Verdi’s La Traviata, and Wife in Schnitke’s Life with an Idiot.

In 2008 she recorded together with Kevin Kenner a recital of arias from eighteen operas by Józef Michał Poniatowski for the Polish Radio. In 2009 she recorded Chopin’s Songs with Marek Drewnowski. In 2010 she sang Henryk Mikołaj Górecki’s Symphony No. 3 with the London Symphony Orchestra at the Royal Albert Hall, London. A year after she wowed with her creation of Dinizetti’s Maria Stuarda  at the Poznań Opera House and Gilda (Rigoletto) at the Teatr Wielki – Polish National Opera. She thrilled critics as Donizetti’s Anna Bolena at the Saint Moritz Festival.

In 2012 she sang Adina in the premiere of L’elisir d’amore at the Kraków Opera (directed by Henryk Baranowski). At the Grand Theatre in Łódź she once again took on the role of Anna Bolena, sang in the premiere of La Traviata (2013), performed in Puccini’s La bohème as Musetta (2013) and in Don Giovanni as Donna Anna (2015). For her creation of Anna Bolena, Joanna Woś received a Złota Maska (Gold Mask) for the best operatic role of the 2012/2013 season.