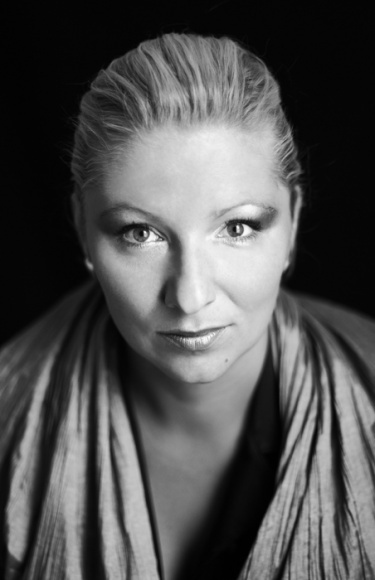 In 2007 Jolanta Wagner graduated from the vocal performance department of the Academy of Music in Bydgoszcz, having studied under Professor Katarzyna Rymarczyk. While still a student, she’d participated in master classes led by Ryszard Karczykowski, Teresa Żylis-Gara, Andrzej Mróz, Helena Łazarska and Barbara Kubiak. She was awarded a scholarship of the Fondazione Romualdo del Bianco in Florence, Italy.

In concert she performs: Mozart’s Mass in D minor KV 626 and Verdi’s Mass.

She was invited by the Krzysztof Penderecki European Centre for Music to participate  in a programme bringing together emerging artists of the 21 century and established virtuosos of the 20th century. She was also asked to perform the world premiere of Józef Świder’s Missa angelica. In 2008 she made her debiut at Opera na Zamku in Szczecin, Poland, singing the title role in Stanisław Moniuszko’s Halka under Warcisław Kunc. She continues to guest at the Szczecin opera house, singing Moniuszko’s Halka and Offenbach’s La belle Hélène. In concert she performs with Capella Bydgostiensis.

Jolanta Wagner has worked as a singing teacher at the Oskar Kolberg Primary and Secondary School of Music in Szczecinek, Poland. She has worked with the artistic agency Rachwal Chor to produce La Traviata, Il trovatore, and Verdi’s Requiem (Germany).

In 2013 Ms Wagner made her debiut at the Opera Nova in Bydgoszcz, Poland, singing the title role in the premiere of Moniuszko’s Halka that opened the 20th Bydgoszcz Opera Festival. Also in 2013 she sang Santuzza in a production of Mascagni’s Cavalleria rusticana directed by Andrzej Bubień. In the 2014/2015 season she continued to perform at the Bydgoszcz opera house, appearing in a range of solo roles, including Ulana in Paderewski’s Manru. She participates in Opera Nova’s New Year’s Concerts.