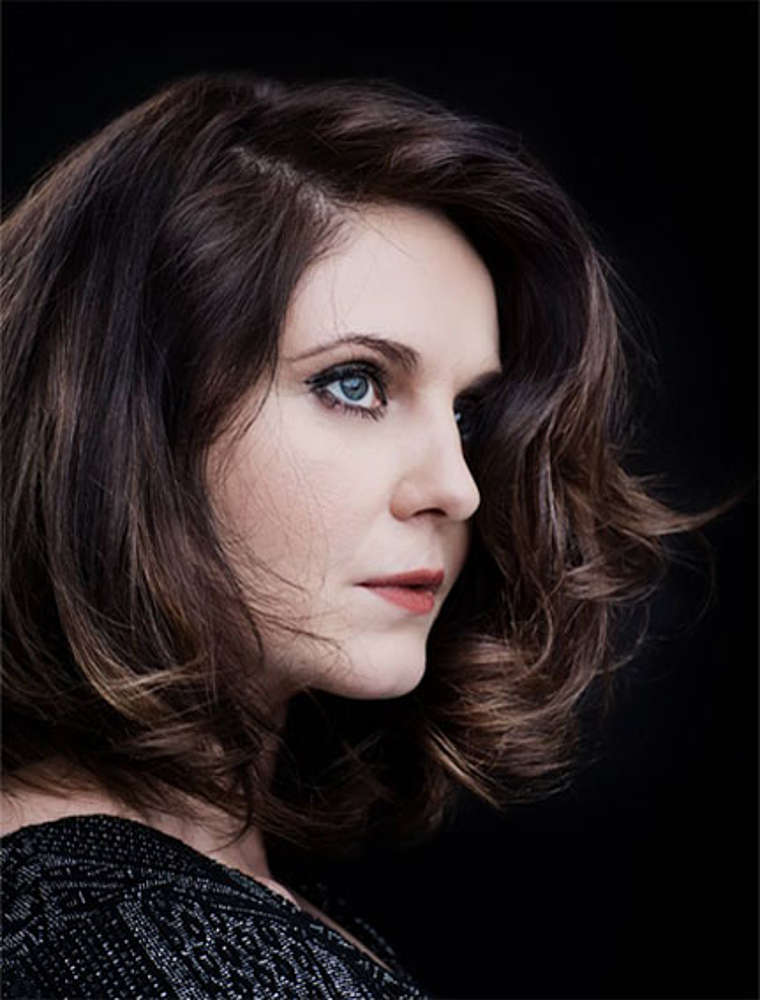 Born in Gdańsk, Karolina Sikora graduated with honours from the Sanisław Moniuszko Academy of Music, having studied voice with Professor Ryszard Minkiewicz. She also holds a degree from the Hochschule für Musik und Theater in Hamburg, where she studied voice under Professor Renate Behle, again graduating with honours. She was awarded scholarships by the Polish minister of culture (2004/2006) and the prestigious German DAAD scholarship (2007/2009). She took part in masterclasses led by Rolando Panerai, Paul Esswood, Larissa Gergieva, Ingrid Kremling, Angela Denoke, Gerhard Kahrego, Margreet Honig, and Richard Crossa. She is a prize-winner of the 4th Ludomir Różycki International Vocal Competition in Gliwice, the 6th Nikolai Rimsky-Korsakov International Vocal Competition for Young Opera Singers in St Petersburg, the 23rd R. Stolzaw International Operetta Competition in Hamburg (2nd prize), and the Elise Meyer Competition in Hamburg. In 2006 she was accepted to the Opera Studio of the Mariinsky Theatre in St Petersburg.

She made her debut at the Staatstheater Lüneburg as Hansel in Humperdinck’s Hansel and Gretel. Subsequently, she sang Mère Marie in Poulenc’s Dialogues of the Carmelites at the Theater Forum in Hamburg and took part in Robert Wilson’s production of Bach’s St John Passion staged in coproduction with the Oper Kiel.

In 2015 the artist made her debut at the Teatr – Polish National Opera in Warsaw, singing Olga in Mariusz Treliński’s production of Onegin. In 2016 in Warsaw she was Maddalena in Gilbert Deflo’s staging of Rigoletto and sang in Barrie Kosky’s renowned production of The Magic Flute. The mezzo also performs in Britten’s The Turn of the Screw (Miss Jessel) at Opera na Zamku in Szczecin.

In the 2017/2018 season, the mezzo is going to make her debut at the Bolshoi in Moscow and the Opéra Comique in Paris. Together with soloists of the Komische Oper Berlin she will sing in Barri Kosky’s productions on tour in Japan.

In recognition for artistic achievements, in 2013 Ms Sikora received a city of Gdańsk award for young creators, the City of Gdańsk Theatre Award, and the Jan Kiepura Music Theatre Award for her performance as Mother Ubu.