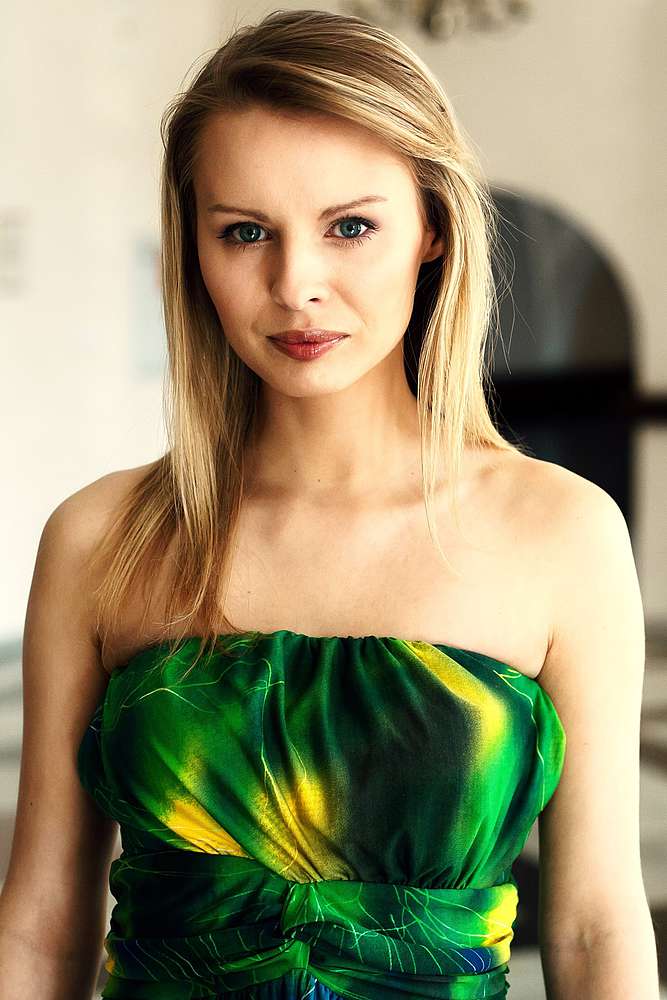 Karolina Sołomin studied voice at the Stanisław Moniuszko Academy of Music in Gdańsk under Dr Aleksandra Kucharska-Szefler. Before she graduated in 2014, she sang Fanny in Rossini’s La cambiale di matrimonio and Lauretta in Puccini’s Gianni Schicchi at the Baltic Opera in Gdańsk as part of a student project. She participated in master classes led by Charlotte Lehman, Claudio Desderi and Paul Eswood. In 2012 she took part in the Erasmus Summer Programme in Tallin, where she studied contemporary vocal techniques.

In 2013 Karolina Sołomin was engaged by the Baltic Opera in Gdańsk. Her repertoire includes Boleslas in Penderecki’s Ubu Rex, Papagena in Mozart’s Magic Flute and Irena in Elżbieta Sikora’s Madame Curie. The latter she performed at the Opera and Dance Festival in Tianjin, China in September 2014. In December 2015 she was invited by the Baltic Opera to sing Adele in a concert version of The Bat by Johann Strauss. In March 2016 she sang Arabella in Penderecki’s Black Mask.

In December 2014 she sang the eponymous Rebeka in Michał Dobrzyński’s opera at the Kashubia Philharmonic in Wejherowo, Poland accompanied by the Progress Orchestra under Szymon Morus. It was the first opera with a Kashubian-language libretto in history. The artist also willingly sings oratorios, cantatas and songs.

She won the first prize of the 1st Competition of Operetta and Musical Theatre in Olsztyn, Poland (April 2010) and reached the final of the 5th Karol Kurpiński Song and Aria Competition in Włoszakowice, Poland (May 2011). She received numerous artistic scholarships from the Mayor of Siedlce.