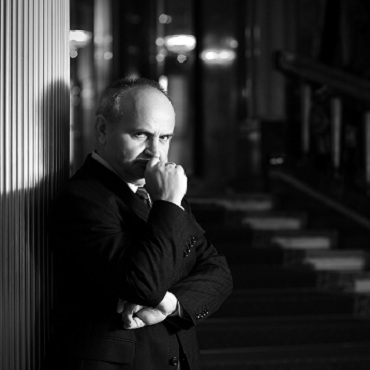 Since 1982 he has been a soloist of the Teatr Wielki – Polish National Opera, while collaborating with the Warsaw Chamber Opera and the opera houses in Kraków and Wrocaw, to name just a few. He has sung leading roles in Tchaikovsky, Handel, Mozart, Penderecki. His real passion are oratorios and cantatas. He has performed under Henryk Czyż, Agnieszka Duczmal, Milan Horvat, Edmond Colomer, Vladimir Kranjčević, Jan Krenz, Jerzy Maksymiuk, Helmuth Rilling, Jerzy Semkow, Stefan Stuligrosz, Heinz Wallberg, and Filipp Zigant. He has recorded over 10 albums. In 1999 he performed Mozart’s Requiem with the Orchestre National de France as part of a concert marking the 150th anniversary of Chopin’s death.

His repertoire includes: The Emperor Altoum in Puccini’s Turandot, Damazy in Moniuszko’s The Haunted Manor, Hadanek in Penderecki’s The Black Mask, Roderigo in Verdi’s Otello, Triquet in Tchaikovsky’s Onegin, Yamadori in Puccini’s Madame Butterfly, Nataniel and Spaanzani in Offenbach’s The Tales of Hoffman, Gorenflot in Tansman’s Le Serment, Physician in Glass’s The Fall of the House of Usher, Don Curzio in Mozart’s The Marriage of Figaro, Belmonte in Mozart’s The Abduction from the Seraglio. His latest creation at the Teatr Wielki – Polish National Opera was Adam in The Devils of z Loudun by Krzysztof Penderecki (2013).

Since 2001 Mr Szmyt is an associated professor at the Fryderyk Chopin University in Warsaw.