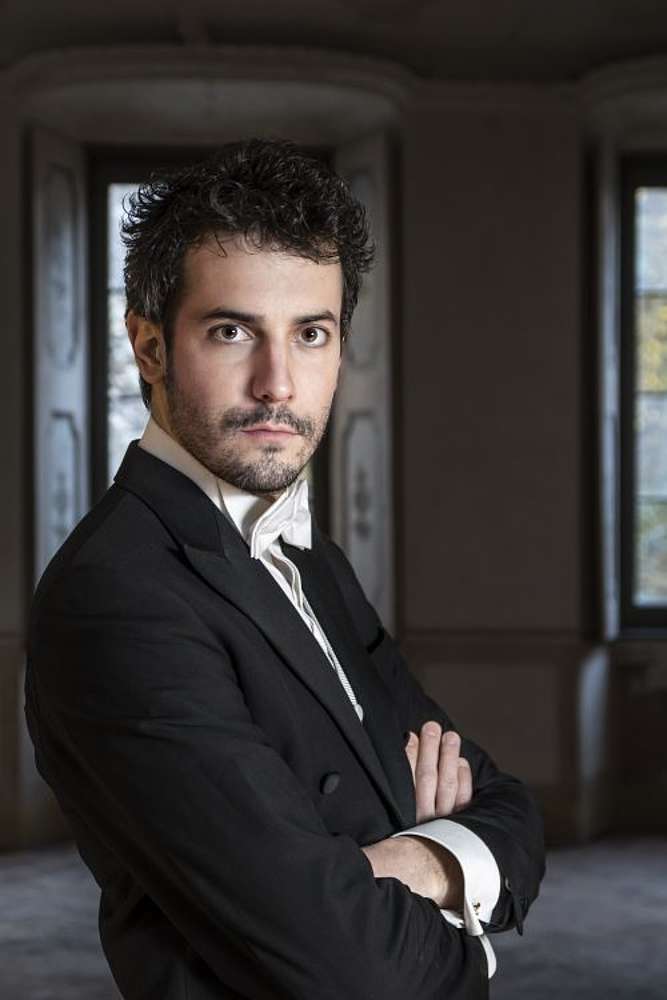 Born in Morbegno in 1991, he graduated with honours in trombone at Como Conservatory in 2009. He then took a masters degree at Aosta Conservatory, graduating in 2014 with full honours again. As a trombonist, he has toured worldwide under the baton of famous conductors such as John Axelrod, Andrey Boreyko, Fabio Luisi and Riccardo Muti.

At the same time as starting his career as a trombonist, he began studies in conducting in 2010 with Ennio Nicotra. He also undertook tuition from John Axelrod, Massimiliano Caldi, Gilberto Serembe, Pietro Mianiti, Oleg Caetani and Antonio Eros Negri.

He began his conducting career in December 2011, on the lead of Orchestra Antonio Vivaldi, that he also founded. He has had new works dedicated to him by contemporary composers Piergiorgio Ratti, Antonio Eros Negri and Andrea Battistoni.

Lorenzo Passerini has also worked with classical opera; he conducted Don Pasquale in 2013, L’Elisir d’Amore in 2014, La Traviata in 2015, Il Barbiere di Siviglia and La Serva Padrona in 2016, La Sonnambula in 2017, Turandot and Rigoletto in 2018.

In January 2017 he assisted Oleg Caetani in his production of Shostakovich’s Lady Macbeth of the Mtsensk District at Helsinki Opera Theatre.

Most recently, he made his house debut at Teatro Regio Torino in Tosca. He conducted the New Russia State Symphony Orchestra in a concert with soprano Nadine Sierra at the Tchaikovsky Concert Hall in Moscow and  Orchestra Filarmonica Salernitana ‘Giuseppe Verdi’ in the ‘Concerto all’Alba’ at Ravello Festival.