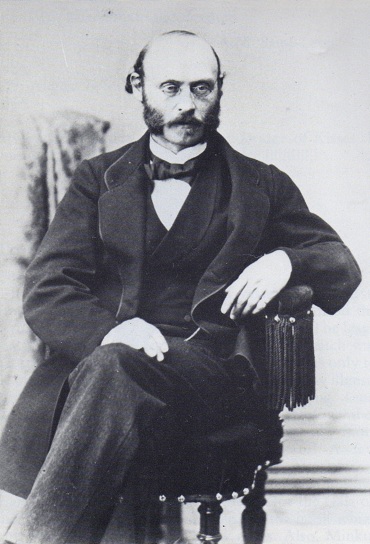 Ludwig Minkus (1826-1917) was the most prolific composer of 19th century ballet music. Although he wrote string music as well, he went down in history as creator of ballets. Born in Austria to an assimilated Jewish family. Shortly before his birth his parents converted to Catholicism. His father ran a restaurant and kept a dance band there.

Ludwig Minkus studied the piano at a very early age and started to perform publically at the age of 8 hailed as a child prodigy In he 1844-56 played concerts in Vienna, Paris, and St. Petersburg, also as part of the orchestra of Johann Strauss fils. In 1852 Minkus became the first violinist of Vienna Opera.

In 1853 he moved to Russia, where he was a member of Prince Nicolai Yusupov’s orchestra in St. Petersburg in the first two years, then, from 1861 to 1872 he was a soloist and concertmaster of the Bolshoi Theatre in Moscow. From then on Minkus’s career was developing at high speed. He was appointed Inspector of the Imperial Theatre Orchestras. For eight years he had been teaching the piano at the Moscow conservatoir.

The year 1872 brough another breakthrought: Minkus severed his links with the Moscow theatre scene and, implored by Marius Petipa, renowned choreographer and his frequent collaborator, moved to St. Petersburg, becoming Ballet Composer of the St. Petersburg Imperial Theatres. His task was to compose ballet interludes for operas and theatre productions. It was then that his name became known far beyond Russia’s borders.

Choreographies set to his music were successful with Paris audiences and put on by the city’s opera. Positive reviews of Minkus’s music penned by the then critical pundit, Theophile Gautier, helped the composer to establish himself among Russian artists.

Having retired in the last decade of the 19th century, Minkus moved back to Vienna. He made a few attempts to composed for Vienna’s Court Opera, yet without greater success. He spent the last years of his life ruined and forgotten as wartime tumults cut him off his pension. He was buried in Vienna, yet his grave was dismantled by Nazists in 1939 in th ename of racial hygiene.

Minkus’s ballet music is a kind of rhythmic-agogic scaffolding on which choroegraphic ideas may be hung. Their character suited choreographers’ needs, presenting popular patterns of the time.