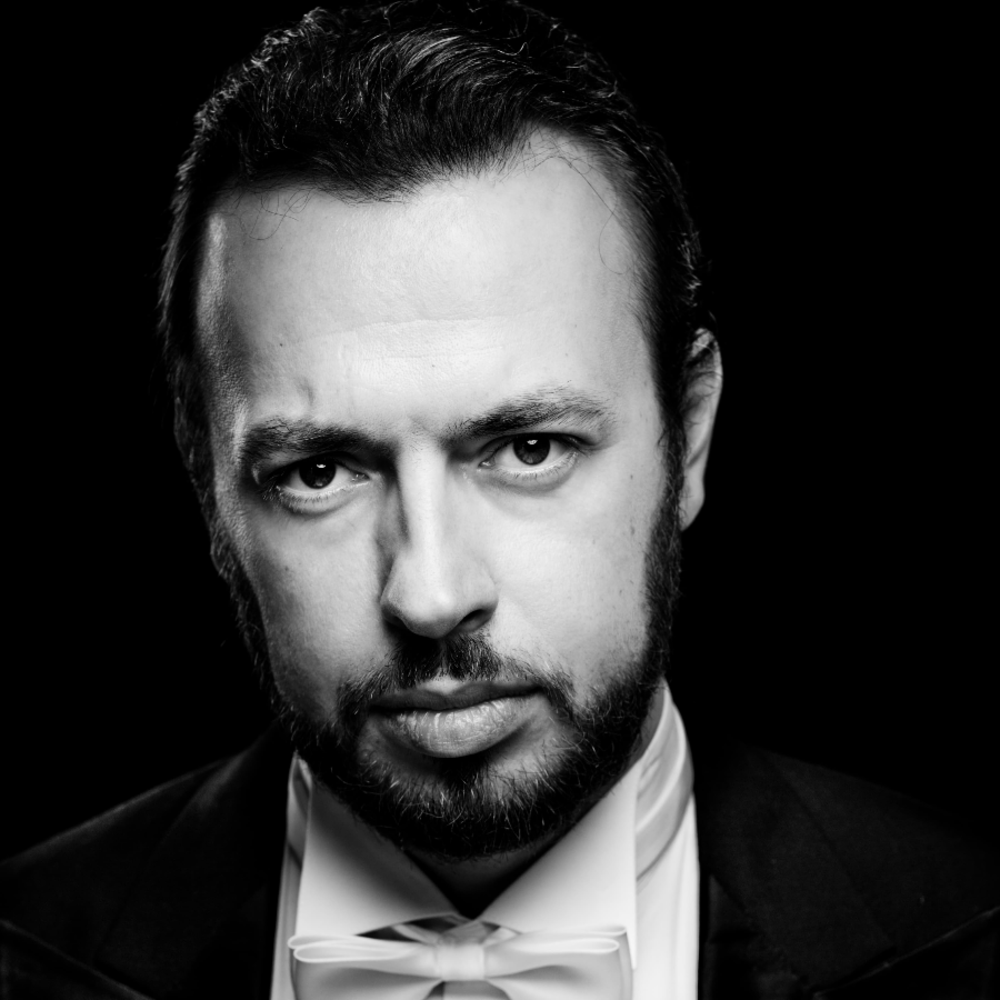 A recipient of many prizes and accolades, in 2006 Mr Goliński made his professional debut at the Baltic Opera as Zbigniew in Moniuszko’s The Haunted Manor, which led to a longstanding relationship with the opera house. In the same year he became a soloist of Opera Nova, Bydgoszcz and took part in a premiere performance of Paderewski’s Manru which was recorded on DVD for the first time ever for DUX (2012).

At the Bydgoszcz Opera Festival he sang in the premieres of Donizetti’s L’elisir d’amore (Belmore), Ponchielli’s La Gioconda ((Alvise), and Puccini’s La bohème (Marcello). He toured the Netherlands and Belgium with Puccini’s Madama Butterfly (2007) and Verdi’s La traviata (2009). In 2017 he sang King Roger with the Choir and Orchestra of the Accademia Nazionale di Santa Cecilia under Antonio Pappano in a series of concerts opening the 80th symphony season in Rome. Also in 2017 he was Falstaff and a very successful King Roger at the Royal Swedish Opera. Recently he has performed in Tosca (Frankfurt Opera, Royal Swedish Opera), Carmen (Staatstheater Hamburg, Frankfurt Opera, National Theatre in Prague), La fanciulla del West (Staatsoper Berlin). He is featured on a DVD recording of Manru released by the Fryderyk Chopin Institute, Warsaw.

In the 2021/22 season the singer will make his role debut in Samson et Dalila at the Royal Opera House in London, The Queen of Spades at the Gran Teatre del Liceu in Barcelona and as Escamillo at the Savonlinna Opera Festival.