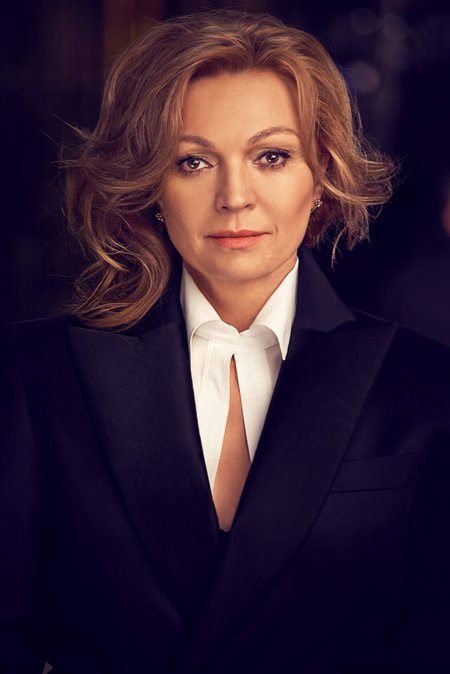 Małgorzata Walewska graduated from the Fryderyk Chopin Academy of Music in Warsaw under Professor Halina Słonicka. She was the finalist and laureate of many international singing competitions, including the Alfredo Kraus competition in Las Palmas, the Luciano Pavarotti competition in Philadelphia, the Stanisław Moniuszko competition in Warsaw and Belvedere in Vienna. Following her graduation, Ms Walewska performed at Theater Bremer, then joined the Vienna State Opera, where she debuted as Polina in The Queen of Spades and starred as Carmen. In Vienna she worked for the first time with artists such as Luciano Pavarotti and Placido Domingo. Ms Walewska then performed at the Semperoper Opera House in Dresden (1999) and the Deutsche Oper Berlin. In 2006 she made her Metropolitan Opera debut as Dalila in Samson et Dalila alongside José Cura. Subsequently, she returned to the Met to sing Amneris and Santuzza. In the following years Ms Walewska made her debuts at the Royal Opera House, London as Azucena (2009), the Palacio de Bellas Artes in Mexico City as Amme in Frau Ohne Schatten (2012) and at the Grand Théâtre de Genève as Dalila under Maestro Michel Plasson (2012). In 2015 she debuted her role as Kundry in Parsifal.

In addition to her operatic career, Ms Walewska performs in concert and gives numerous recitals accompanied by piano or harp. She sings a selection of songs by Fauré, Schubert, Moniuszko, Szymanowski, Chopin, Tchaikovsky as well as Berlioz’s Les nuits d’été and Wagner’s Wesendonck Lieder. In 2013 she added to her repertoire French songs by Hahn.