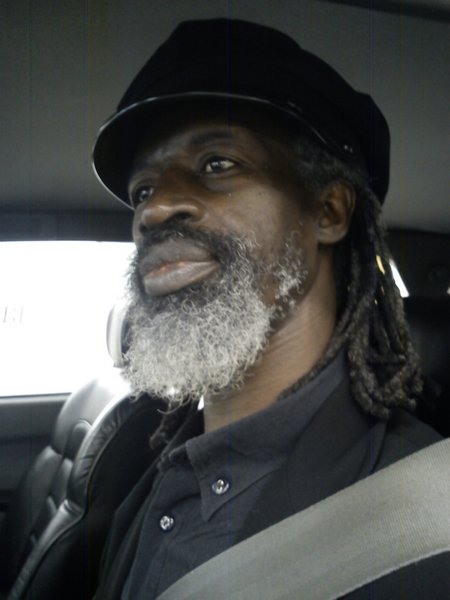 Also known as Góo Bâ, Mamadou Ba has been an active actor, musician, and performer for 20 years. He is a member of an international artistic collective LaFabriks, which has developed a range of projects in Germany, France, Belgium, Switzerland, the Netherlands, Austria, Japan. The last five years he has spent in Poland, performing with Raphael Rogiński and The Rockas. He also co-founded the music ensemble Żywica, whose soloist he is now. In 2014 he won a competition held as part of the War<So>Vie festival by Instytut Sztuk Performatywnych and the foundation Warsaw Bauhaus.

Mamadou Ba has appeared in many theatre projects and performances, e.g. Nikt nie byłby mną lepiej. Koncert staged by Łukasz Chotkowski at the Lubuski Theatre in Zielona Góra (premiered in April 2013), and guided tours around Karolina Brzuzan’s exhibition Noma at the Centre for Contemporary Art, Warsaw (November 2015). Two years ago he joined the foundation Strefa WolnoSłowa, performing in Burza, Język do ocalenia, and To jest Europa?.