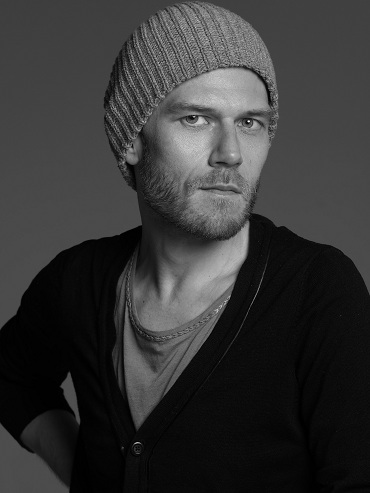 Marek Adamski is a fashion designer, stylist, and costume designer. He has devised costumes for the production of The Devils at the Polski Theatre in Wrocław, Gwiazda śmierci at the Dramatyczny Theatre in Wałbrzych (directed by Krzysztof Garbaczewski), Pelikan, czyli pożegnanie mięsa at the Współczesny Theatre in Szczecin, as well as Natan mędrzec at the National Theatre in Warsaw and Dziady III at the Dramatyczny Theatre in Białystok, both directed by Natalia Korczakowska. He created the image for actress Magdalena Cielecka’s character in Sarah Kane’s 4.48 Psychosis put on by Grzegorz Jarzyna at TR Warszawa.

He debuted at the Theatre Wielki – Polish National Opera in 2011 in a production of Moniuszko’s Halka by Natalia Korczakowska, and went on to collaborate with Mariusz Treliński on Iolanta and The Bluebeard’s Castle in 2014. Adamski also designed costumes for Treliński’s productions of Salome at the National Theatre in Prague (2014), Boulevard Solitude at the Welsh National Opera in Cardiff (2014), and Iolanta and The Bluebeard’s Castle at the Met (2015).

He is also a photographer an collage artist. He has exhibited at the Nova Polska show in Lille, France (2004) and the inSPIRACJE Art Festival in Szczecin (2010). In 2004 he was commissioned by the Swedish brand Absolut Label to design a limited edition of T-shirts in collaboration with nine avant-garde fashion designers from around the globe.