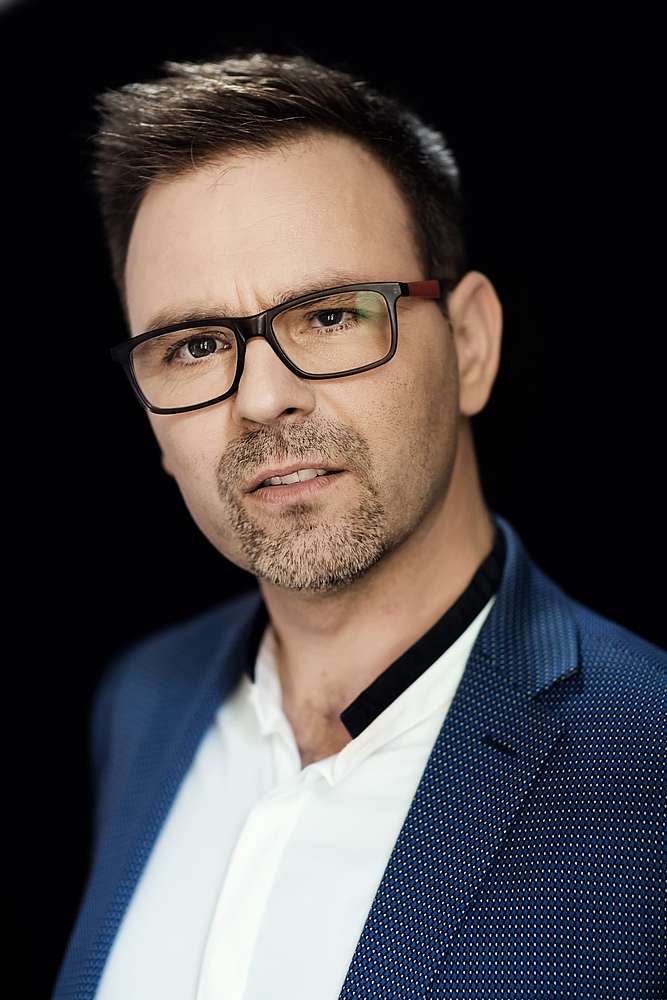 Mariusz Godlewski studied at the Wrocław Academy of Music under Professor Bogdan Makal. He is a prize-winner of a range of national and international vocal competitions, and a recipient of scholarships from the local authorities of Wrocław and the Polish ministry of culture. In 2001/2002 he studied with Professor Leopold Spitzer in Vienna. In 2002 he made his debut at the Polish National Opera in Warsaw, singing Pelléas in Debussy’s Pelléas and Mélisande. He regularly performs on many opera stages both at home and abroad.

In 2011 he participated in the world premiere of Krzysztof Penderecki’s song cycle Powiało na mnie morze snów (A Sea of Dreams Did Breathe on Me) at the Warsaw Philharmonic Hall and sang at the White Nights Festival in Saint Petersburg under the baton of Valery Gergiev at an invitation from the conductor. In October 2013 Mr Godlewski performed at the Beijing Music Festival under Krzysztof Penderecki. In 2014 he received the Jan Kiepura Music Theatre Award for Best Singer for his Scarpia in Puccini’s Tosca and Zurga in Bizet’s The Pearl Fishers. In 2015 he was nominated for a Radio Wrocław Kultura award for his portrayal of Tchaikovsky’s Eugene Onegin. In 2019 he recorded a solo album of Stanisław Moniuszko songs with pianist Radosław Kurek for the Fryderyk Chopin Instutute in Warsaw. Also in 2019 he appeared on an album of Fryderk Chopin songs alongside Radosław Kurek, Olga Pasichnyk, and Kevin Kenner.