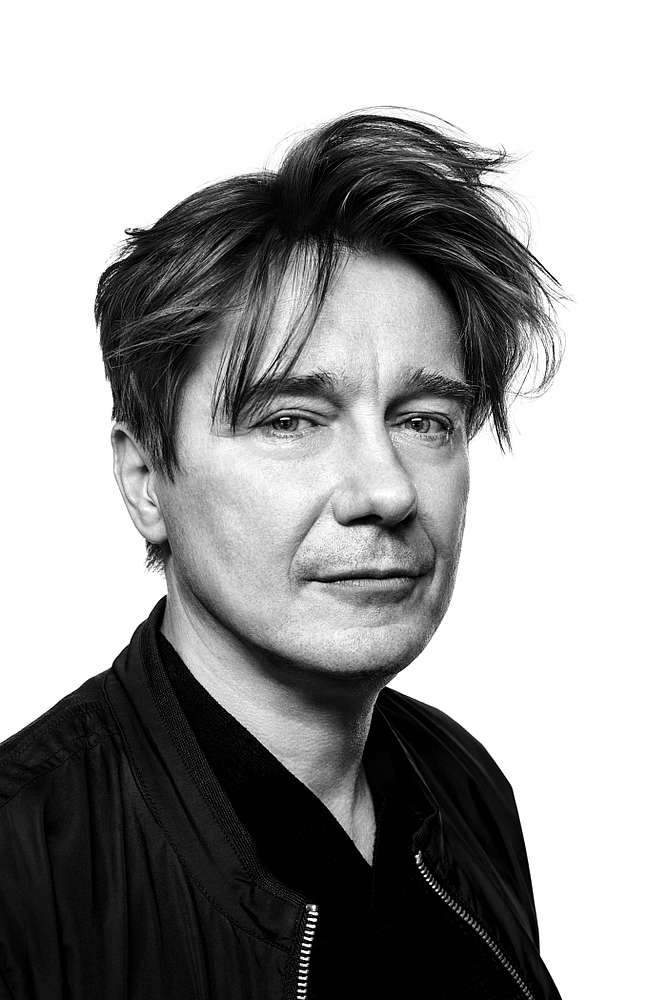 Extraordinary, oblique, ambiguous: these are words that describe the productions of Mariusz Treliński (b. 1962), stage director and artistic director of the Teatr Wielki – Polish National Opera. In his productions he combines the beauty of classical music with contemporary interpretation and modern aesthetics, conducting a dialogue with opera convention and dismantling clichés in each and every project. He brings the emotions recorded in the libretto into the contemporary world – disturbing, symbolic, without any easy answers. His productions have been shown to the most demanding audiences, from Berlin, Paris, Brussels, to Los Angeles, Washington, St. Petersburg, Tel Aviv, and Muscat in Oman.

Treliński graduated from the film directing faculty of the famous Łódź Film School. His television debut was Zad Wielkiego Wieloryba; acclaimed by critics, it became a manifesto of the ‘children of martial law’ generation. He presented his cinematic feature debut, Farewell to Autumn based on Witkacy’s prose, in the main competition at the Venice Film Festival in 1990. The award-winning picture was one of the most spectacular Polish film productions of the 1990s. In 1993–1996 he directed A Gentle Woman based on Dostoyevsky’s short story A Gentle Creature (an award-winner of the Moscow festival and the Polish Film Festival in Gdynia) as well as television plays. His last film, Egoists, also premiered in Gdynia (2000), giving rise to heated discussions and becoming one of the festival’s greatest events. The director himself said that of all the films he had made so far, ‘this one is probably the most dangerous’.

Treliński’s opera debut came in 1996 when the Warsaw Autumn Festival commissioned him to direct Elżbieta Sikora’s one-act Heartsnatcher based on the prose of Boris Vian, subsequently staged at the Pompidou Centre in Paris. The year 1999 saw the premiere of his famous production of Puccini’s Madame Butterfly at the Polish National Opera. The stage designer was Boris Kudlička, with whom he has been collaborating ever since. Presented in Washington, St. Petersburg, Valencia, and Tel Aviv, the production marked the start of the director’s international career. Since then, Treliński has worked regularly with the world’s leading theatres with such conductors as Daniel Barenboim, Kent Nagano, Lorin Maazel, Valery Gergiev, and Carlo Rizzi. ‘This is one of the most beautiful productions I’ve ever seen’, was how the great Plácido Domingo commented upon Madame. Subsequent opera productions in Warsaw included Szymanowski’s King Roger (2000), Verdi’s Otello (2001), Tchaikovsky’s Onegin (2002) and Mozart’s Don Giovanni (2002; Los Angeles, 2003), a production that brought Treliński the Cyprian Kamil Norwid Art Critic Award. In 2001 he received the Karol Szymanowski Award for his King Roger; he was also given a Paszport Polityki award for ‘modern, intelligent opera productions that speak to contemporary audiences’. He went on to direct The Queen of Spades by Tchaikovsky at Berlin’s Staatsoper Unter den Linden, a production conducted by Daniel Barenboim with Plácido Domingo as Herman (2003), Giordano’s Andrea Chénier (Washington Opera 2004, Polish National Opera 2005) and Puccini’s La Bohème (Polish National Opera 2006, Washington Opera 2007). In 2006, Teatr monthly awarded him the Konrad Swinarski Prize for directing Andrea Chénier and La Bohème at the Polish National Opera. A year later, he staged a new production of King Roger at the Mariinsky Theatre, with Valery Gergiev as the conductor, which he also presented at the Edinburgh Festival. After that he directed Mussorgsky’s Boris Godunov in Vilnius (premiered at the Polish National Opera in 2009) and Gluck’s Orfeo ed Euridice at the Slovak National Theatre in Bratislava (2008, a co-production with the Polish National Opera), which critics hailed as the ‘most engaging production’ shown on Slovakia’s national stage ever. The year 2009 marked the premiere of two one-act operas, Rachmaninov’s Aleko and Tchaikovsky’s Iolanta, at the Mariinsky Theatre and the Baden-Baden Festival, a double bill conducted by Gergiev with Anna Netrebko and Piotr Beczała in the leading roles. Treliński’s version of Verdi’s La Traviata (2010), drawing on Bob Fosse’s film All That Jazz, shook the Polish opera scene. This 20th-century version of one of the world’s most famous operas consolidated Treliński’s position as one of the greatest contemporary opera directors. His next projects included Puccini’s Turandot (Polish National Opera 2011), Wagner’s The Flying Dutchman (Polish National Opera 2012), Puccini’s Manon Lescaut (Polish National Opera 2012), a co-production with La Monnaie and the Welsh National Opera, and an opera thriller invoking the poetics of horror films, in which he has combined two fairy tales: Tchaikovsky’s Iolanta and Bartók’s Bluebeard’s Castle (2013, a co-production with the Metropolitan Opera). His Boulevard Solitude by Henze (2014) at the Welsh National Opera, was hailed by the Times as ‘better than perfect’ and his take on Strauss’s Salome (2014), co-produced with the National Theatre in Prague, was called  ‘profound and unsettling, a deliberate and highly effective’.

In January 2015 Mariusz Treliński showed his Iolanta/Bluebeard’s Castle at the Metropolitan Opera in New York. Featuring Anna Netrebko and Nadja Michael, the double bill was praised by the New York Times as particularly skilful and convincing, while the idea to bring the two pieces together was commended as unexpected and fascinating in equal measure. In May 2015 Treliński premiered in Warsaw Powder Her Face, a chamber opera by Britain’s leading contemporary composer Thomas Adès. The production, developed in association with La Monnaie, was then shown at Halles de Schaerbeek in Brussels. In the 2015/16 season Treliński staged his Salome at the Teatr Wielki – Polish National Opera, following the production’s world premiere in Prague. Almost at the same time, he unveiled his take on Wagner’s Tristan and Isolde commissioned by the Met, first shown at Baden-Baden (March 2016), then in Warsaw (June 2016), and finally in New York (opening of the 2016/17 season) and Beijing (August 2017). After its triumph at the Met, his production of Iolanta was presented as part of the Maggio Musicale Fiorentino festival at the Opera di Firenze (April 2016). In June 2016 Treliński’s Powder Her Face received the Prix de l’Europe Francophone of the Association Professionnelle de la Critique Théâtre, Musique et Danse. In 2017 he staged Korngold’s Die tote Stadt at the Wielki (a co-production with by La Monnaie / De Munt, Brussels), followed by a new production of King Roger in 2018. In December 2019 his take on Moniuszko’s Halka premiered at the Theater an der Wien. In February 2020 the production opened at the Polish National Opera, where in 2021 he staged Hindemith’s Cardillac. In 2016 Mariusz Treliński was nominated for the International Opera Award for Best Director and won the prestigious award in 2018.

Mariusz Treliński has made opera more attuned to modernity: he has revived the classical genre by blending it with current aesthetic trends, lending it some of the dynamism and temperature of our times. ‘All of my productions are connected with things that happen in my life, directly or spiritually’, he says. ‘I want opera theatre to be like other arts – a simple person-to-person conversation’. Even though he has called himself a film director who ended up in opera by accident, it seems that the contemporary opera scene cannot exist without him.