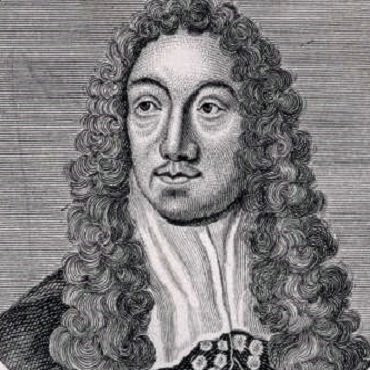 English baroque composer Matthew Locke was born around 1621. As a child he sang in a choir of the Exeter Cathedral. At the age of 18 he left for the Netherlands, where he presumably converted to Catholicism. In 1653 he wrote a masque titled Cupid and Death based on  play by dramatist James Shirley. It is the only opera-like work of the time whose score has survived in full to the present day. Locke wrote music for theatre and opera. He also composed a special march for the coronation of Charles II as the king of England and Scotland. In 1673 he published the treatise Melothesia, winning considerable acclaim as music theoretician. Four years later he died as the Composer of Wind Music and Composer of for the Violins of King Charles and his wife Catherine of Braganza.