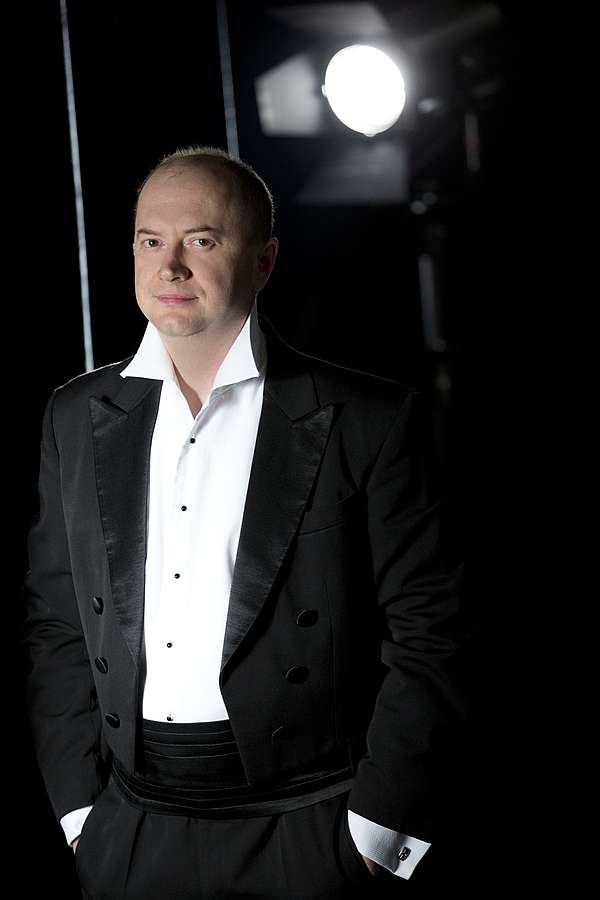 Michał Klauza is the music director of the Polish Radio Symphony Orchestra and a guest conductor with the Bolshoi Theatre, where he led the premiere of Donizetti’s Don Pasquale and Weinberg’s The Idiot.

He also regularly performs at Opera Nova, Bydgoszcz (premiere of Berlioz’s Damnation of Faust) and the Poznań Opera House (Verdi’s Aida and the premiere of The Bat).

Between 2013 and 2015 he was the music director of the Podlasie Opera and Philharmonic, conducting symphony concerts and premiere performances of Verdi’s La Traviata, Mozrt’s The Magic Flute, and Bizet’s Carmen.

Between 2004 and 2008 he was conductor and deputy music director of the Welsh National Opera, Cardiff. He oversaw productions such as Bizet’s Carmen, Verdi’s Rigoletto, Il trovatore, Aida, Falstaff (starring Bryn Terfel Jones) and Otello, Lehár’s Merry Widow (recorded for the BBC), Mozart’s Marriage of Figaro and Don Giovanni, and Puccini’s La bohème.

Between 1998 and 2003 he was a conductor at the Polish National Opera, Warsaw.

In July 2015 he performed with the Royal Opera House, Covent Garden leading a concert version of Jabri’s  Cities of Salt. In December 2011 he conducted a concert performance of Szymanowski’s King Roger with the National Opera of Ukraine to conclude the foreign culture outreach programme of the Polish Presidency in the EU.

He has made numerous recordings for the radio and television, including the first studio recording of Szymnowski’s Lottery for Husbands (Polish Radio), which was nominated for a Fryderyk in 2019. Polish Radio has also released Szymanowski’s Hagith (with Polish Radio Symphony Orchestra) and symphony pieces by Henryk Wars. In My 2002 he recorded Szymanowski’s King Roger with the Orchestra of the Polish National Opera.

Michał Klauza studied symphony and opera conducting at the Fryderyk Chopin Academy of Music in Warsaw under Professor R. Dudek and the Rimsky-Korsakov Conservatoire in St. Petersburg under I. Musin. He participated in masterclasses led by Professor Kurt Redel (Rome, 1996) and Valery Gergiev (Rotterdam, 1997).