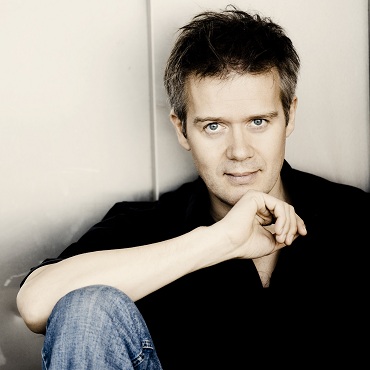 Born in 1970 in Oss, the Netherlands, Michel van der Aa studied recording engineering and composition at the Royal Conservatory in The Hague with Louis Andriessen among others.

An important part of his output are operas and works for theatre. He won international renown thanks to his chamber operas: One (2002) and After Life (2006), in which music is insepartable with film (van der Aa also studied film directing at the New York Film Academy and participated in the Lincoln Center Theater Director’s Lab, an intensive course in stage direction).

His music is performed by such ensembles as musikFabrik, Ensemble Modern, the Royal Concertgebouw Orchestra, or Mozarteum.

Among his latest works is the 3D film-opera Sunken Garden written together with David Mitchell, the author of the novel Cloud Atlas (premiere: Barbican Center, London 2013). In 2017 he plans to premiere Passion created as part of his collaboration with the Royal Concertgebouw Orchestra in Amsterdam.