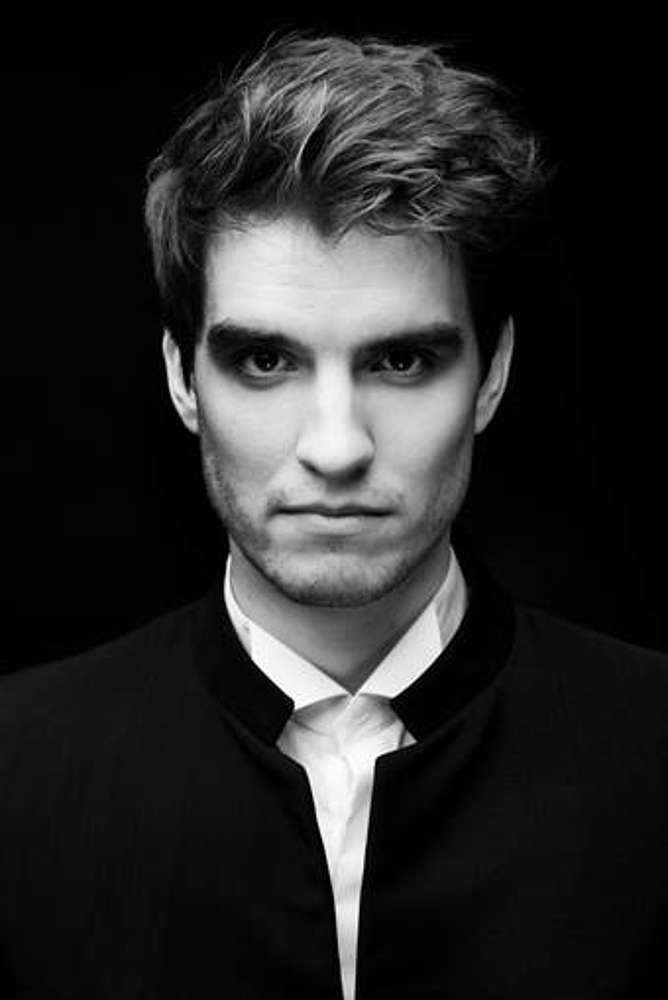 Mikołaj Trąbka studied voice at the Academy of Music, Łódź under Professor Piotr Miciński, where he earned his degree in 2016. In 2013–2016 he was a member of the Opera Academy at the Polish National Opera, where he trained under Eytan Pessen. Currently, he works with both Pessen and Neil Shicoff. He has participated in master classes led by William Allenby, Andrzej Dobber, Izabela Kłosińska, Sergei Leiferkus, Udo Reinemann, Matthias Rexroth, Christianne Stotijn, and Edith Wiens. He was awarded scholarships from the Polish Ministry of Culture and National Heritage and the Ministry of Science and Higher Education in 2014 and 2015, respectively.

He has sung: Papageno in Mozart’s The Magic Flute, Stach in Stefani’s The Miracle, or Cracovians and Highlanders and Steersman in Wagner’s Tristan und Isolde (Polish National Opera, Warsaw), Andrei in Eötvös’s Three Sisters, Harlequin in Strauss’s Ariadne auf Naxos, Morales and Dancairo in Bizet’s Carmen, Marullo and Count Ceprano in Verdi’s Rigoletto, Donald in Britten’s Billy Budd and John Shears in Paul Bunyan (Oper Frankfurt), Figaro in Rossini’s Barber of Seville and Pappacoda in J. Strauss’s A Night in Venice (Grand Theatre, Łódź), Karol Poznański in the world premiere of Włodzimierz Korcz’s musical Łódź Story (Łódź,  Bydgoszcz) and Don Tabarano in  Hasse’s La Contadina (Schlosstheater Rheinsberg). In 2017 he performed as Papageno in The Magic Flute with the Komische Oper in South Korea.

He has given concerts at the Lublin Philharmonic, the festival Kilar+ in Gdańsk, the National Opera in Bucharest, the Grand Theatre in Łódź, The Musical Theatre in Gliwice, with Sinfonia Varsovia and Warsaw Chamber Opera.

He won the Stella Maris International Vocal Competition and Glanzlichter der Oper, Rheinsberg. He is a prizewinner of the Grand Prix de l’Opera in Bucharest, International Giulio Perotti Singing Competition in Ueckermünd, and Belcanto Per Sempre 2012 in Włocławek.

In 2016–2018 Mikołaj Trąbka was a member of Opernstudio at Oper Frankfurt and as of 2018 is a soloist with the company.