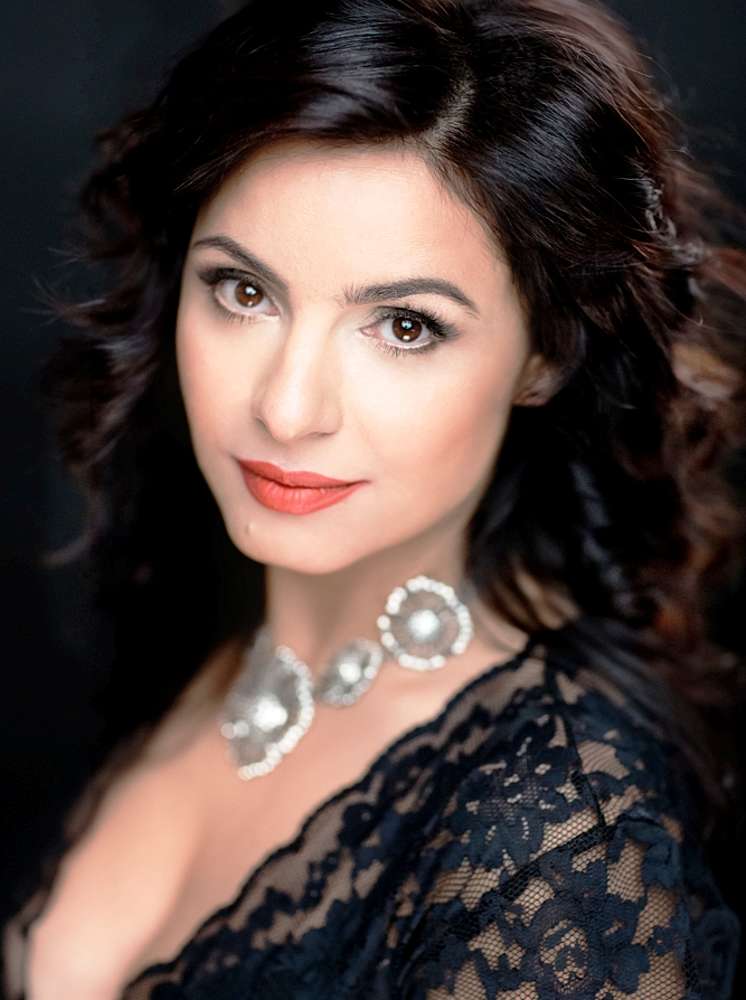 Monika Ledzion-Porczyńska began her music education with the violin, then studied the voice at the Academy of Music in Warsaw under Professor Halina Słonicka. She participated in master classes led by Rusko Ruskov and Stefania Toczyska. Still as a student, she made her debut as Public Opinion in Offenbach’s Orpheus in the Underworld at the Roma Music Theatre, Warsaw.

Following her graduation in 2000, she became a soloist with the Warsaw Chamber Opera, where she has sung Mozart’s Third Genius and Third Lady (The Magic Flute), Dorabella (Cosí fan tutte), Carmi (Betulia liberate), and Sesto (La Clemenza di Tito). Moreover, she has performed as Giulietta Kelbar in Verdi’s Un giorno di regno, Olga in Tchaikovsky’s Eugene Onegin, and Karolka in Janaček’s Jenůfa.

Her repertoire also includes the role of Jadwiga in Moniuszko’s The Haunted Manor, which she sang at the Royal Castle in Niepołomice, Poland on an invitation from the Kraków Opera, and at Opera Nova, Bydgoszcz, a year later.

At the Teatr Wielki – Poloish National Opera in Warsaw she has sung Polina in Tchaikovsky’s Queen of Spades, Bersi in Giordan’s Andrea Chénier, Maddalena in Verdi’s Rigoletto, Siebel in Gounod’s Faust, Second Lady in Mozart’s The Magic Flute, the solo part in Janáček’s The Diary od One Who Disappeared, and Second Lady in In the Land of The Magic Flute, a children’s adaptation of Mozart’s opera.

Moreover, she was Dorabella in Grzegorz Jarzyna’s production of Cosí fan tutte at the Poznań Opera House and Aza in the premiere of Paderewski’s Manru at Opera Nova, Bydgoszcz, which opened the celebrations of the house’s 50 years and was released on DVD. She also took part in the world premiere of Zygmunt Krauze’s opera Ivonne, Princess of Burgundy at the Warsaw Autumn International Festival of Contemporary Music, Warsaw.

Over the past few years, she has sung the role of Carmen at the Kraków Opera; Opera Nova, Bydgoszcz; Baltic Opera, Gdańsk; Grand Theatre, Łódź; Poznań Opera House; and Podlasie Opera, Białystok. In the 2017/2018 season she will take on the role at the Teatr Wielki – Polish National Opera. In 2017 she became a soloist of the Polish Royal Opera, Warsaw.

Monika Ledzion-Porczyńska also performs concert reperoire, including oratorios, cantatas, and songs. She has performed Pergolesi’s and Rossini’s Stabat Mater, Mozart’s Coronation Mass and Requiem, and Beethoven’s Symphony No. 9 with the philharmonic orchestras of Warsaw, Poznań, Gdańsk, Kraków, Bydgoszcz, and Rzeszów. She also could be heard singing songs by Brahms, R. Strauss, Schubert, Schumann, Mahler, Tchaikovsky, Rachmaninov, Moniuszko, and Chopin. She has taken part in the performance of Penderecki’s Polish Requiem that concluded the 1st Polish Music Festival (recorded for Polish Radio).