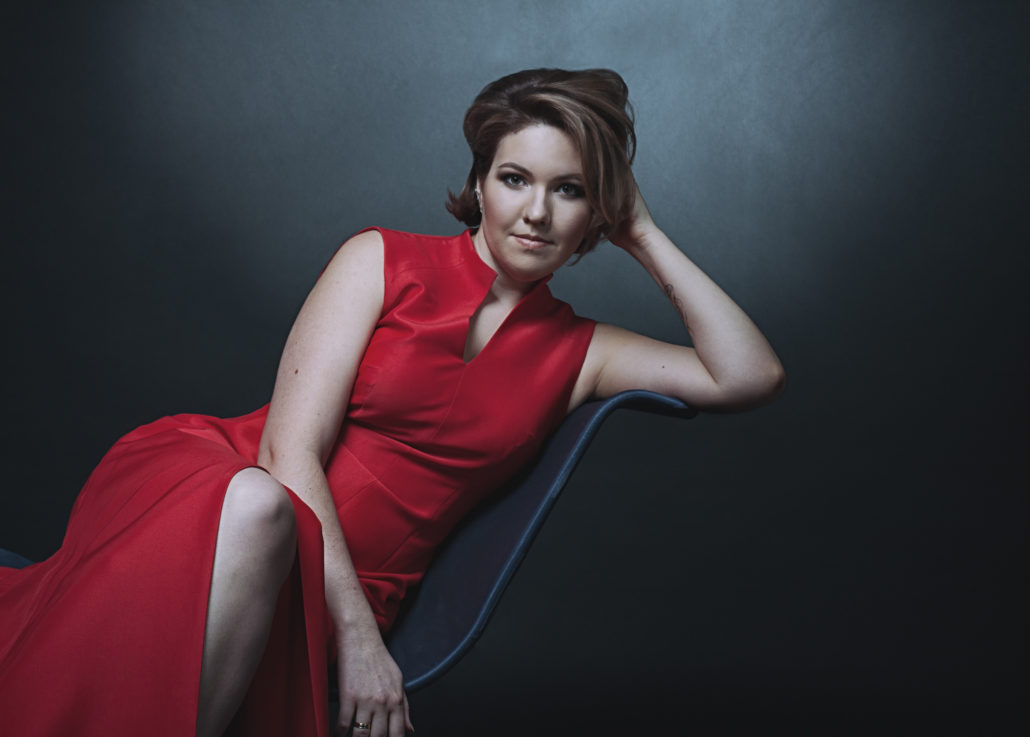 Nadine Koutcher came to international attention when she was awarded First Prize at the 2015 Cardiff Singer of the World competition. She made her debut at the Grand Theatre de Geneve in the autumn of 2015 as Mathilde in Rossini’s Guillaume Tell and subsequently debuted at the Berlin State Opera as Violetta in La Traviata and at the Theatre du Capitole in Toulouse as the Countess Almaviva in The Marriage of Figaro. In May of 2016 she made her London recital debut.

A native of Minsk, Ms Koutcher studied at the St. Petersburg Conservatory under Tamara Novichenko and was soon thereafter awarded both Grand Prix and Audience Prize at the Hertogenbosch International Vocal Competition. In 2012 she joined the ensemble at the Perm State Opera, where she has since appeared in various roles. In 2014 Ms Koutcher made her South American debut at the Teatro Municipal de Santiago, Chile as Elvira in Bellini’s I Puritani and returned to Santiago in 2015 as Amenaide in Rossini’s Tancredi. She has also been heard as Violetta in La Traviata at the Mikahilovsky Theatre in St. Petersburg and Doña Isabel in Peter Sellars’s production of Henry Purcell’s The Indian Queen at the Teatro Real de Madrid, under the baton of Teodor Currentzis, with whom she has also frequently collaborated in Perm. The soprano has also recently performed as a soloist in Verdi’s Requiem with the London Symphony Orchestra. Future engagements include Delia in Fosca at Theatro Municipal de São Paulo and the title role in Lucia di Lammermoor in Toulouse.

The artist’s repertoire also includes Donna Anna in Don Giovanni, Konstanze in Die Entführung aus dem Serail, Marfa in The Tsar’s Bride, Amina in La Sonnambula, and the title role in Massenet’s Manon. As a soloist with an orchestra, she has also performed the requiems of Brahms, Mozart and Ravel, as well as many other works.